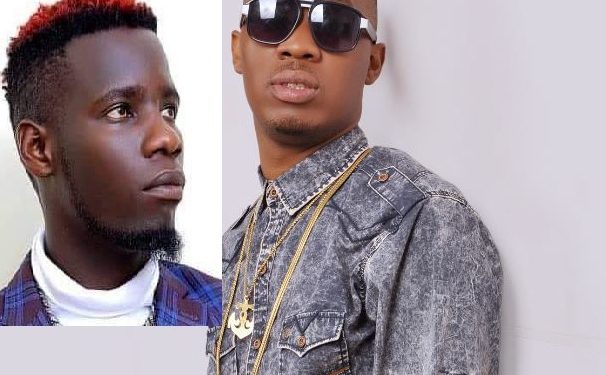 Struggling singer Ibrahim Mayanja aka Big Eye has been forced to edit his threat post in which he promised to cause physical harm to National Unity Platform/ Bobi Wine’s supporter Samuel Okanya (Sammy) of Da Mighty Family comedy duo.

Being a National Resistance Movement (NRM) diehard, Big Eye has had it up to his neck with Sammy for always insulting his political party head on every occasion.

And out of anger, the ‘Star boss’ went on his Facebook page on Sunday and threatened to go bare knuckles with Sammy if he doesn’t stop insulting President Museveni.

“I feel so mad about this guy called SAM of mighty family the comedian. Hide yourself and make sure I don’t find you anywhere. We are not going to handle everything gently however much I wanna be respected,” he said.

“if you feel you are powerful enough just tell me your location I come straight away. We are not going to tolerate every nonsense on our president because we want to keep a good image.”

Big Eye further noted that no one has a right to disrespect Museveni because he is Uganda’s president and he deserves to be respected, plus he is an elder, father grandfather and number on principle of the country.

“Put respect on our country president HE Yoweri Kaguta Museveni’s name. He deserves enough respect. We don’t force you to support him but don’t go beyond limits. He is a country president (Uganda), father, Grand father, Number one principal in Uganda and elder,” he noted.

However, after fans put him under fire, the struggling singer edited out the threats from the initial post.

Serial killer who used to first have sex with his victims before strangling them, to be charged with 5 counts of murder

Serial killer who used to first have sex with his victims before strangling them, to be charged with 5 counts of murder