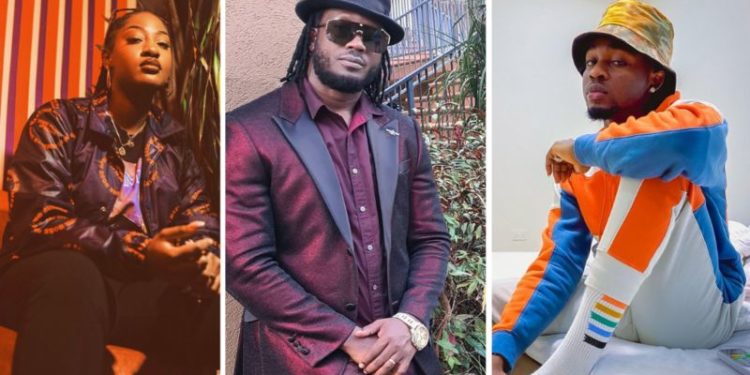 I just wanted to help! Gagamel boss Bebe Cool has explained why he got himself involved in Omah Lay and Tems saga.

The Nigerian artistes (Omah and Tems) were arrested in Uganda last weekend for performing on a music show that violated the Covid-19 guidelines set by the Ministry of Health.

Despite being the first person to speak against Omah Lay and Tems’ show before it happened, Bebe Cool said that artistes were not to blame for the mistakes promoters made, that’s why he came in to help.

Big size said after the artistes’ arrest, he received calls from some international music companies and big Nigerian artistes requesting him to find out what was happening, and being that he is also a singer, he was forced to intervene in the matter.

“You know I work with government and I know how the court system works, so I called some lawyers and I was advised to write as a concerned citizen and secondly as a musician, so I wrote and explained that arresting these people would bring a collision between us and the Nigerian music industry we want to create friendship with,” Bebe Cool said during an interview on Uncut on Saturday.

“I told them that now that you have punished the artistes, release them in one day because promoters were to be blamed more. So I did what I did as a concerned citizen, and of course I am a standing first citizen, actually one of the first citizens in Uganda.”

However, despite Bebe Cool’s concern, on Friday, Tems blamed him for their arrest, saying that he called police for them and later came out to act concerned, something that made him a centre of insults especially on twitter.

“Your friend broke into our room and took us after you called. Only for me to see you in the DPO’s office, chilling and laughing with him. Lmao in my presence and you thought I would sit there and allow you to speak to me! You are worse than shit,” Tems tweeted.