My wedding was not funded by President Museveni- Comedian Salvado

by Allen Kisakye
in Entertainment, Showbiz
10 0 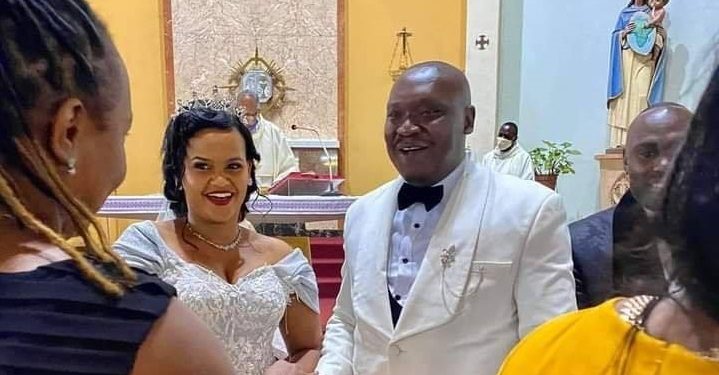 Stand-up Comedian Patrick ‘Salvado’ Idringi has hit back at people who think that his wedding was sponsored by President Museveni.

A few days back, the ‘Man from Ombokolo’ tied a knot with his long time lover Daphine Frankstock in a glamorous wedding that took place at Our Lady Africa Church in Mbuya.

Since then, a section of social media users have been jumping to conclusions that Salvado’s wedding was classy, all thanks to the money he received from the State House.

But during an interview with a local media channel on Wednesday, Salvado disclosed that he has worked as a successful comedian for over 15 years, but he’s surprised on how people attribute his glamorous wedding to President Museveni.

“I have been working for 15 years as a successful comedian but right now everything I achieved is attributed to president Museveni? Anyways you are entitled to your opinion as long as I’m happy,” he said.

Salvado recently made a lot of enemies on the internet when he said that poor people have no right to marry beautiful women and this made him a target to all kinds of insults, especially on twitter.

“My wife is beautiful because I spend appropriately, poor people have no right to marry beautiful women because you’ll make them ugly,” the comedian said.