by Catherine Apolot
in Entertainment, Showbiz
90 1 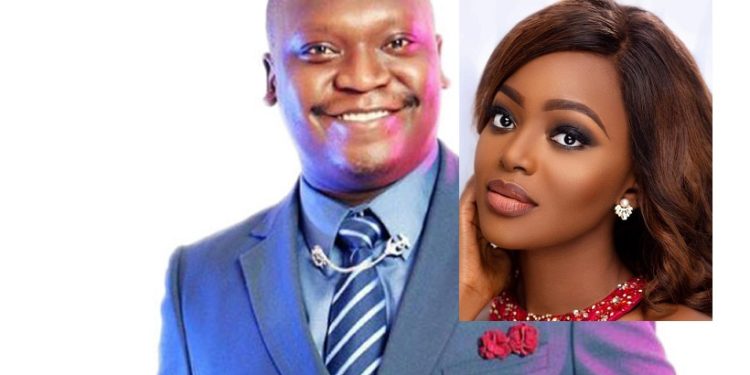 An angry fan has told comedian Patrick Idringi Salvado that she wishes that his wife Daphine Frankstock and kids die in car accident.

Prisca Shanice Namara (Facebook names) says when such atrocity happens to Salvado he too will feel the pain people who have lost their loved ones under the NRM regime have endured.

It all started when Salvado,a known ruling party supporter indirectly condemned presidential candidate Bobi Wine for competing with his elder President Yoweri Museveni when it comes to addressing the nation.

Museveni on Sunday scheduled his state of the nation address at 7pm and on learning that the President was going to address Ugandans, Bobi Wine also decided to organise his online speech, about the same time (7:45) with that of former.

“I might be weak, but when an elder is speaking. I keep quiet regardless of what they say or what I have to say. It’s just how I was brought up, don’t compete with the ELDERS. That’s me, you might think different – 7PM Yoweri Kaguta Museveni,” the comedian said yesterday.

Following his Facebook post, Namara was quick to lash out at Salvado saying that because he is living a comfortable life courtesy of Museveni, he doesn’t care about the plight of Ugandans suffering because of the regime.

“Because you’re living in a (comfort Zone) free house built by M7, What have you done for National Robbers Movement (NRM) when late Ibrahim Abiriga is 6 feet under and he died poor like a church mouse. You think your brothers in Northern Uganda are well off. Its 35years of suffering. M7 planted Kony and Killed people’s parents, brothers and sisters but you’re here nio nioring. Kibwetere saga and massive graves. Do you know how many people died in Kasese saga up to now omumbere is still on house arrest… i wish your wife Daphine Frankstock dies with your kids in a car accident and feel the pain too like other people who have lost their loved ones under M7 and the mafia’s orders or regime. Gasiya,” angry Namara told salvado.