Sweden based Ugandan blogger Eddy Messiah had a day he will never forget after National Unity Platform (NUP) sympathizers on social media ganged up on him with insults over what they termed as disrespecting their “presido”.

“Those guys do not join you in demonstrations, they don’t join you in insulting others and neither do they spend their entire days and nights on Facebook campaigning for Bobi Wine yet they keep growing richer. ” He opined.

Messiah asked the young people to dinner up and remember to work hard so as to better their living standards just like Bobi Wine’s brothers who seem not to be in the struggle for themselves but for self aggrandizement.

The blogger would however received a furnace hot backfire from angry NUP supporters who told him off for he was ill qualified to lecture anyone on issues of Uganda since he doesn’t live in the country.

Others told him it’s nonsensical to think that they are in the struggle because of Bobi Wine before lecturing him further on the core values of opposing the ruling regime who he is to secure the future for the generation after the current one. 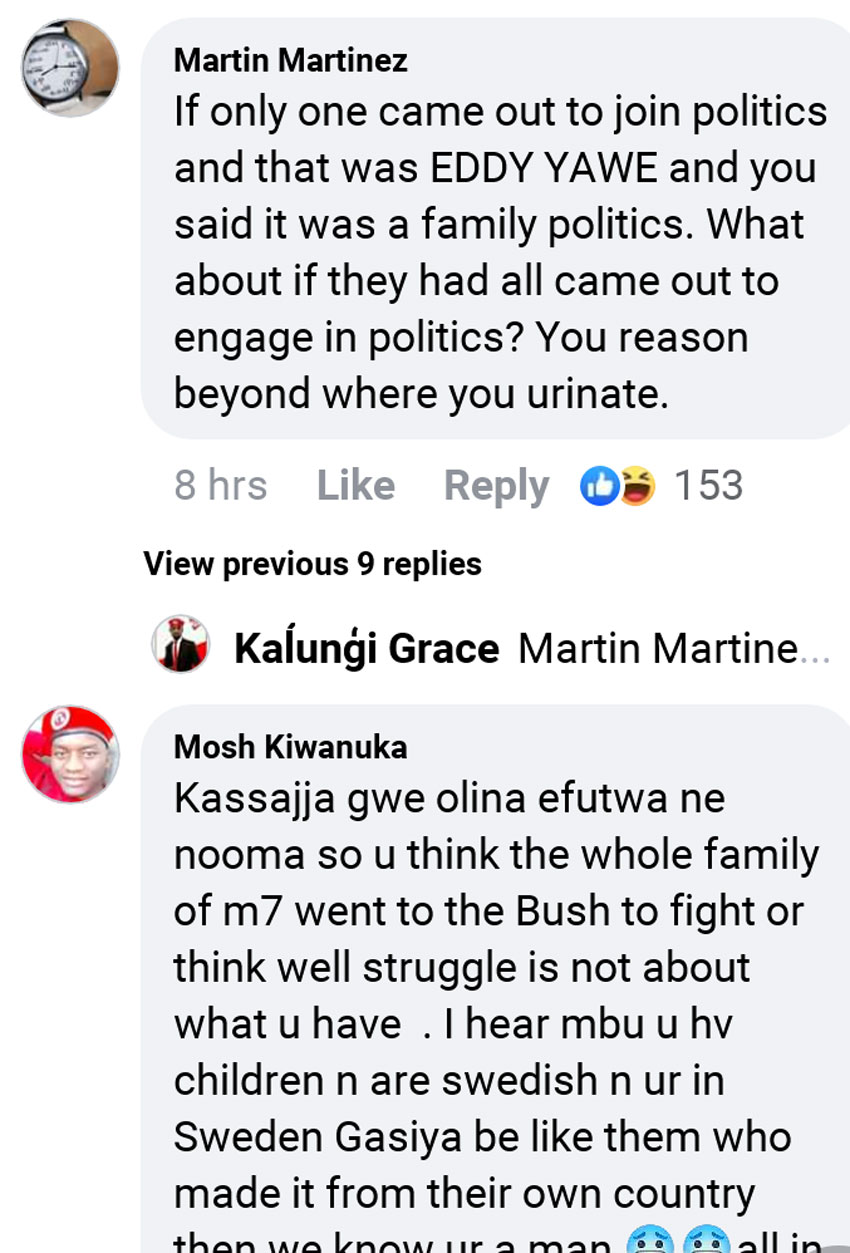