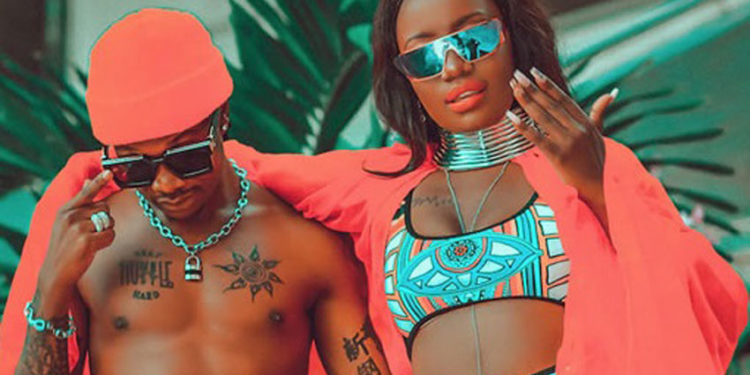 A love story which started as a rumor was later portrayed in a song! This and many more are the reasons why singers Fik Fameica and Lydia Jazmine are top stars this week.

Recently, Fameica and Jazmine released a song dubbed Binji (Too much), a club banger that is slowly turning into a household anthem.

Given their rumoured relationship, the leaked video trail, nice vocals, song lyrics, stunning video, among other things, this song is slowly taking over the music waves in the country.

In just a period of two weeks, the song has already accumulated over 104,468 views on howwebiz and 95026+ views on YouTube among other money paying music sites.

In the video which was produced and directed by Sasha Vybz, Fameica and Jazmine used a unique money heist-inspired storyline that made the video a total standout, as its movie-like nature leaves a lot to talk about.

Binji audio was done by Producer Smart Keys and the duo was dressed by Tazibone Solomon, Jazmine’s hair was styled by Rian hairz.

During the premier of this song at Red Terrace Lounge recently, Fameica and Jazmine revealed that they spent over Shs30 million on the video… but it was worth it.