by Allen Kisakye
in Entertainment, Showbiz
77 2 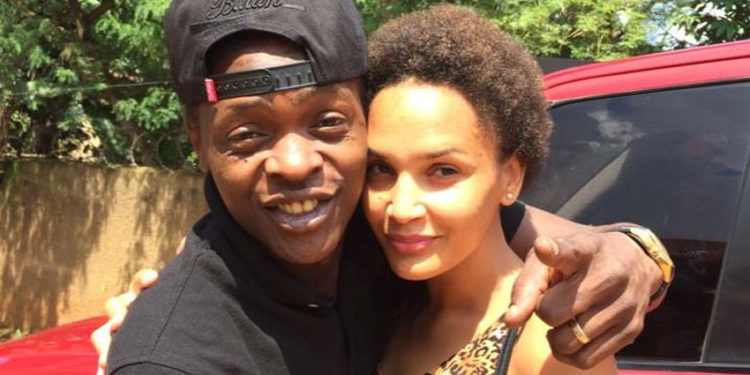 The Kampala Lord Mayor hopeful and wife have always had an on and off marriage, but their breakup rumour was made worse recently when a recorded conversation allegedly between Daniella and her friend leaked on the internet.

In the voice which was said to be of Daniella, she was heard saying that her marriage with the singer ended a long time ago and she only respects him as the father of her children, nothing else.

Since then social media gossipers have been questioning the Mateeka hitmaker about the matter and he has always remained tight lipped.

But after almost a month since that leaked audio saga, through his social media page on Wednesday Chameleone revealed that his marriage with Daniella is still intact.

In the post, Chameleone thanked his wife for being a strong person, saying that even when life says no to him, he always remains strong because of Daniella.

“You said yes, when even life has said NO! You are a very special soul and I stay strong because I know you will always be there. Strong Acholi mother from Adilang. Much love mama,” Chameleone said.

In that recording which put Chameleone’s marriage on a spot, Daniella who is currently living in the USA accused her husband of infidelity, saying that the singer can’t stay alone in Kampala and she was sure he would get another family.

However, according to some tabloids, the voice heard in that recording was indeed Daniella’s voice, but it was recorded a long time back and just resurfaced on the internet later after this couple had patched up their indifferences.