by Mulema Najib
in Entertainment, Showbiz
27 0 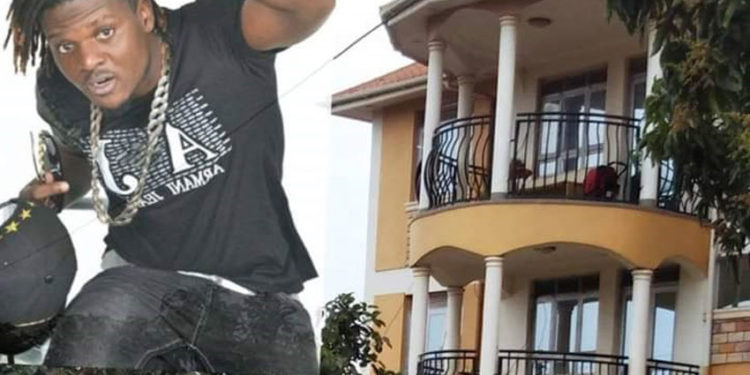 All is not well for singer Michael Mugwanya alias King Michael after failing to pay rent worth Shs6 million.

The self proclaimed dance hall king who stays in Makindye, Kirundu zone has now been given five days to pay his arrears or vacate the apartment.

According to his landlady,a one Tendo, King Michael is supposed to pay Shs800, 000 monthly but he has now taken some good months without remitting any penny.

“I have given him five days to pay my money, if he fails I am going to take the matters to the responsible authorities. I will also call the media to shame him,” the landlady said on Friday.

King Michael’s financial woes started last year which even prompted President Yoweri Museveni to give him Shs30 million after crying for a bailout. The singer is a renowned supporter of ruling party NRM.

Earlier this year, King Michael went on to accuse events promoter Balaam Barugahara of blocking him from accessing the President.

“My efforts to meet President Museveni were futile as Promoter Balaam goes behind my back to restrain my appointments and blocks them,” said King Michael who wanted the President to help him pay his debt worth Shs130 million.

He went ahead to ask Balaam to stop involving himself in matters which didn’t concern him.

However, Balaam was quick to respond saying he had never been a stumbling block in King Michael’s appointments to the State House.

He said, “Michael asked for 30 cows. When they brought the cows, he asked for Shs30 million. Now after wasting the money in betting, he is coming out to say that the money was not enough and we are blocking him. There is something wrong with him,” said Balaam.

Adding, “I am not a comptroller at the State house. Let him wake up and go to Nakasero where the President stays and see if I will stop him. President Museveni is for all Ugandans and I have no right to stop him.”

Last month, King Michael decided to bury the hatchet with Balaam claiming that he was set up by ‘enemies’ of NRM to attack him.

In an interview with NBS TV Uncut show, he said that he had restored his working relationship with NRM and Balaam.

He said, “We have talked everything and discussed all our challenges. I was sent by different people to spoil his (Balaam) name but I am now back home.”

The ‘muko muko’ singer added that he would soon expose all those who had paid him to attack Balaam.