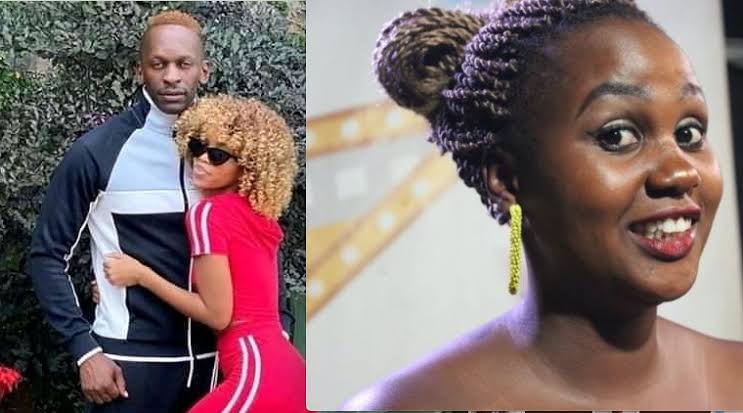 Gashumba has for days been struggling on social media to clear her name, allegedly after Urban TV’s Scoop on Scoop show host Tina real name Christine Karungi using her platform to accuse her of carrying out abortions, being a prostitute among other defamatory utterances.

And after failing to succeed in social media battle, the former NTV Da Beat co-host and her boyfriend Marcus have decided to go the legal way and through their lawyers Balondemu & CO Advocates, they have served Tina with an intention to sue/demand notice.

In the notice, Gashumba and Marcus say that Tina has on several occasions used her show, Scoop on Scoop which airs on Urban TV, Monday to Friday, to disseminate defamatory statements about the couple.

“You a foresaid deliberate attacks do not only contain scandalous and harmful propaganda against our said clients but as well additionally on all fours  defy minimum broadcasting and media standards,” reads the notice in parts.

The celebrity couple has gone further to ask Tina to publicly apologise and compensate them with Shs400m for the damages her reckless utterances have caused to them.

Tina has been given 14 days to fulfill the demand the demand or face the Courts of law.

Despite being silent for quit a long time, Gashumba recently disclosed that Tina has been on her neck ever since she got a job on Urban TV (4years now), she however denied ever carrying out any abortion or having any miscarriage like Tina always claimed, and wondered why the mother of five hated her that much to the extent of creating such false accusations against her.