It is not because I’m desperate! Zari reveals why ex-husband Diamond Platnumz is back into her life

by Mubiru Ivan
in Entertainment, Showbiz
48 1 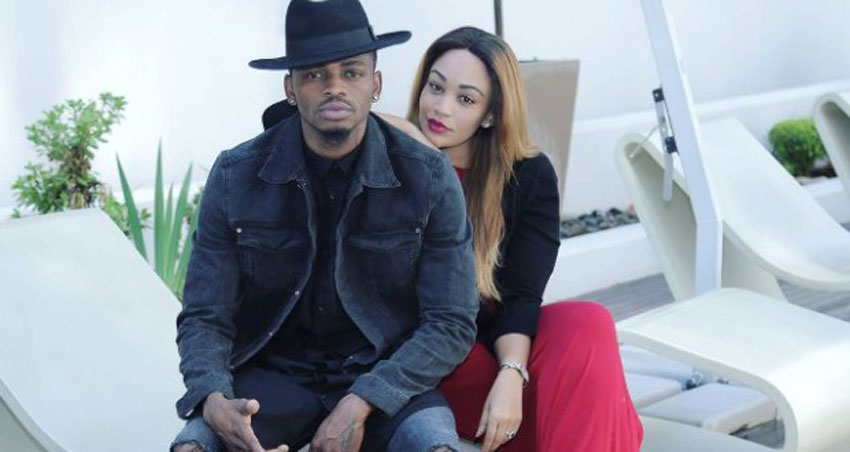 South Africa-based Ugandan socialite Zari Hassan has revealed that her ex-husband Diamond Platnumz is back into her life to look after their two kids.

“The reason that he is back a lot of you are saying ooh she is so desperate, Diamond is desperate, how are you benefitting if he takes care of his kids? Two years down the line Diamond realized what his problem was,” said Zari in an Instagram live rant a few days ago.

She also wondered why people were bitter that a person has decided to step up his game and take care of his children.

“It’s co-parenting for the sake of the kids that you two have together. Just because he is taking care of his kids, it doesn’t make him desperate, and make him look like he is trying to get back with me,” the mother of five added.

Last month, Zari decided to go back to talking terms with the Tanzanian bongo flava star when she gave him permission to have a conversation with their children. The couple separated in 2018.

After video chatting with his daughter and son, Diamond Platnumz expressed joy and appreciated the socialite for allowing him to have a conversation with their children Tiffah and Nillan after months of being denied access following the collapse of the celebrities’ relationship.

“Nothing sweet[er] than waking up to the sweetest video from your beloved kids,” said Diamond after the video chat with the children based in South Africa.

It should be remembered that recently, Zari and Diamond Platnumz had what the singer called “very fruitful discussions” after the socialite stung her former boyfriend for promising to help the poor affected by the Covid19 crisis instead of providing basic needs for their children.

Zari had told Diamond: “You don’t know what your kids eat or how they sleep if fees and medical insurance is paid. You will never please the world when your own are not happy and taken care of. You are selling a lie. Some people have become clowns to some of us.”

DEO WALUSIMBI: Dear Decision-Makers, No One Can Be Comfortable In An Unequal Society

Berry Glaser’s victims (Part 1): Woman who exposed the German’s predatory tendencies and sexual molestation of Kalangala girls in his care, speaks out