by Allen Kisakye
in Entertainment, Showbiz
112 5 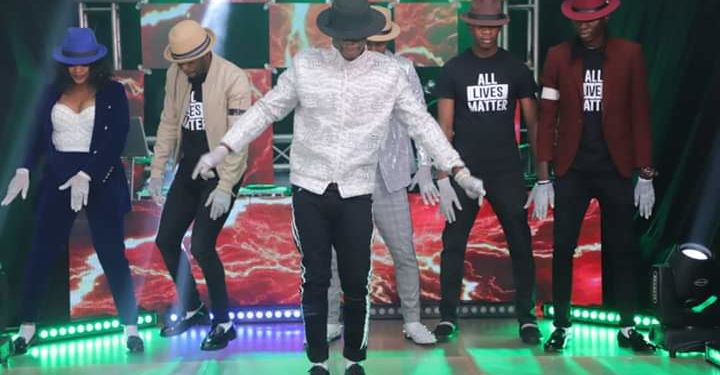 The NBS Television management has come out to apologize to their viewers for using ‘All Lives matter’ hashtag instead of the trending ‘Black Lives matter’ slogan, which is aimed at fighting for fair treatment of the black race, especially those living in United States of America (USA).

During the NBS Saturday Night Live (NBSSNL) show, the hosts showed up in t-shirts printed with ‘All Lives Matter’, ‘ignorantly’ supporting the unfair treatment that blacks are subjected to by the Whites in USA.

This forced their unforgiving fans to storm the station’s social media platforms, thereby throwing several insults and trolls, wondering how a ‘black race’ founded station, could support a slogan that brings the entire black race down!

Quoting USA based author Doug Williford, one of the social media critics said that what NBS did was good, but very cruel to their fellow Blacks.

“If my wife comes to me and asks ‘Do you love me’, and I respond ‘I love everyone’- it would be true but cruel and hurtful at the moment. If a co-worker comes to me and says ‘my dad dead’ and I responded ‘everyone’s parents died’, it would be true but cruel. So when a friend speaks up in an obvious pain and hurt and says ‘Black Lives Matter’ a response of ‘All Lives Matter’ is cruel and hurting,” reads Williford’s quote.

But after realizing their mistake, NBS bowed to pressure and officially came out on Sunday to apologize. They noted that it wasn’t their intentions to rub that hurtful statement in people’s faces.

“Tonight on NBSSNL, we rubbed many of our viewers, local and international, the wrong way when our team moved to do t-shirts labelled ‘All Lives Matter’. This was NOT our intention, and the outcome is far from what is expected of us. We shall do better #BlackLivesMatter,” NBS TV said.