by Allen Kisakye
in Entertainment, Showbiz
119 1 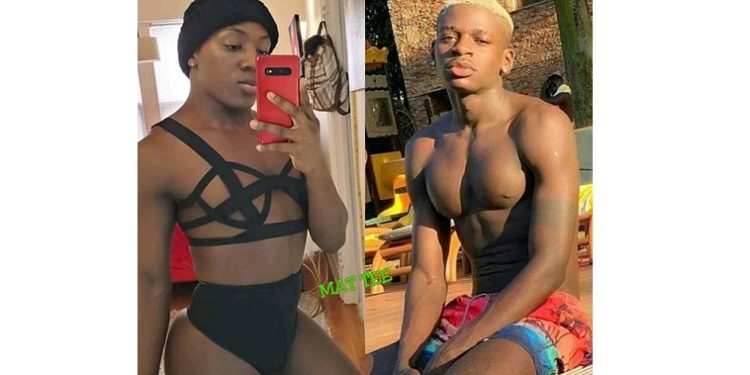 Grenade Official with his alleged lover

Singer Deus Ndugwa aka Grenade Official has come out to deny allegations that he is gay.

The singer, who is currently ready to take legal actions on anyone who pins him for being gay, said people should understand that he has a child who is also affected by these false allegations.

In a video making rounds on social media Grenade claimed that he is starting off with Beyonce Max, a guy who was allegedly paid to spread rumors that they are dating.

“I won’t stand it but there are people who want to see my down fall. There is some gay guy who always posts my pictures claiming that we have a relationship, but all he says about me isn’t true, I know there is someone behind all that,” he said.

Grenade said that this guy (Beyonce) always grids and Photoshops his pictures to make their ‘relationship’ seem true, but everything is planned by someone who wants to destroy his music career.

“Those rumors are fake, that guy grids my pictures and talks trash about me, I know they want me to look bad in front of my fans but please don’t accept it, it’s all false, I don’t know that guy (Beyonce) and I have never seen him, neither do I follow him anywhere. I am a straight guy and my friends know that.”

These gay rumors started after Grenade’s ex-lover Nalongo Maggie claiming that this former Team No Sleep singer was romantically involved with fellow singers Eddy Kenzo and Harmonize during the 2019 One Africa Music Fest in Dubai.

2019 Senior Four results to be released this Friday

2019 Senior Four results to be released this Friday