by Catherine Apolot
in Entertainment, Showbiz
21 0 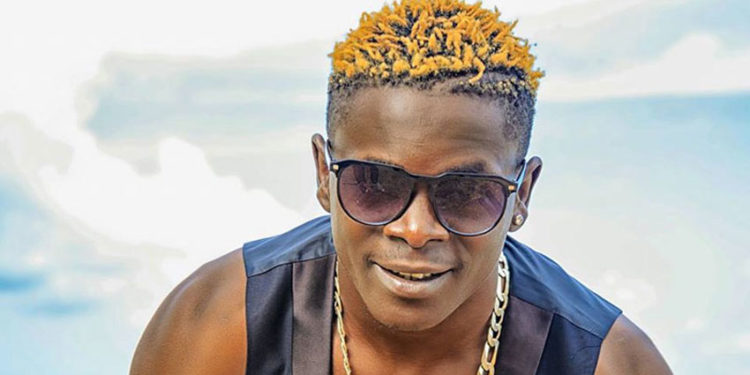 After being roasted on social media for becoming a public nuisance and refusing to heed to Bebe Cool’s advice, King Saha has finally bowed to pressure and apologized to his fans.

In a Facebook post on Thursday, the ‘Biri Biri’ singer told his fans that he knows that they are not happy with him over his ongoing feud with Bebe Cool but assured them that it has never been his way of handling things.

“Babykul [read Bebe Cool]’s criticizing me had a lot of hidden intentions which you’ll know in the long run,” Saha said before asking them [fans] to allow him deal with the ‘Wire Wire’ singer personally.

“So for now, I am begging u kindly to allow me feed u musically as I deal with this fool personally.”

Saha’s verbal war against Bebe Cool started recently when the latter blamed former’s failing music career on drugs, claiming that Saha was one of the biggest music talent but these days drugs have turned him into something else.

“King Saha, I am telling you as a friend that if you don’t stop taking drugs you are going to become a music failure. I can’t even imagine, with such a good talent, big fan base and voice, how can you tell me that we concluded 2019 without a hit from Saha?. I am so worried that we might end up holding a car wash for you if you don’t change,” he said.

Bebe Cool said that Saha started doing drugs slowing but these days they are slowing destroying his talent, and too bad he can’t see it now.

Ever since Bebe Cool uttered the painful truth, King Saha has been all over social media attacking him left and right.