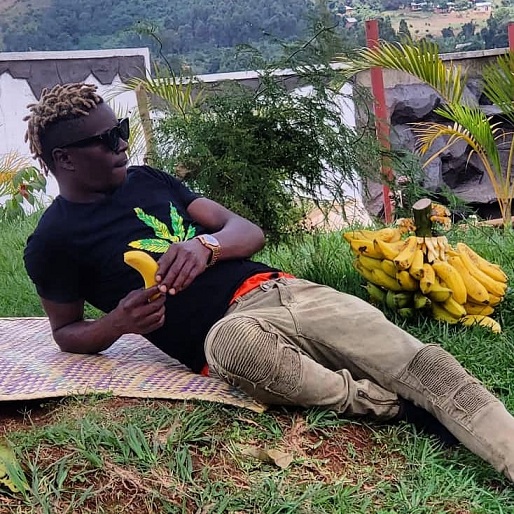 Gagamel CEO Moses Ssali aka Bebe Cool recently released his controversial annual list of best performing artistes of 2019. As usual, several artistes are not impressed with what Bebe said about them.

On the list, Bebe pointed out things particular artistes should do to better themselves, shared his opinions and even sent a serious warning to some artistes who failed to impress him in 2019, some of them included King Saha, Fefe Bussi among others.

But King Saha in particular wasn’t so happy with the warning he got from Bebe Cool and advised ‘Big Size’ o concentrate on his music.

“The man gave me a warning! Man thank you for supporting, keeping an eye on my music yet you have your own is really a big job,” he shared on social media recently.

In his defense during an interview with Nbs after5 on Thursday, Bebe Cool claimed that he doesn’t have any hate towards Saha, but he’s just a big fan of his voice and talent.

Bebe Cool further blamed King Saha’s failing music career on drugs, claiming that recently Saha was one of the biggest music talent but these days drugs have turned him into something else, that’s why he sent him warning.

“King Saha, I am telling you as a friend that if you don’t stop taking drugs you are going to become a music failure. I can’t even imagine, with such a good talent, big fan base and voice, how can you tell me that we concluded 2019 without a hit from Saha?. I am so worried that we might end up holding a car wash for you if you don’t change,” he said.

Bebe Cool said that Saha started doing drugs slowing but these days they are slowing destroying his talents, and too bad he can’t see it now.

But after Bebe Cool sharing his concern about King Saha’s career, the singer through multiple posts advised Bebe to not come through for his car wash if he ever needs one..

‘I am for car wash, so you are for Yellow wash! When I perform poorly you trash me, when I perform better you still trash me. Don’t worry, on my car wash don’t come, Chameleone and Bobi wine will be there??’

This social media battle doesn’t seem like it will be ending anytime soon.

Last warning! Bebe Cool meets families of arrested revelers who pelted him with bottles, forgives them

We are not idiots! Frank Gashumba wants SFC, FBI to investigate Bebe Cool for staging the bottle throwing incident

Barbie Speaks out on Bobi condition, ‘he’s deformed, i couldn’t recognise him’