Rema finally reveals why her relationship with Eddy Kenzo failed

by Allen Kisakye
in Entertainment, Showbiz
257 5

All the times, it has been singer Edrisa Musuuza aka Eddy Kenzo commenting about his failed relationship with baby mama Rema Namakula, with the latter turning a deaf ear. But finally she has also given her side of the story.

Last Thursday, Rema made it official with her new lover Hamza Sebunya in glamorous introduction ceremony that happened in Nabingo, this after dumping Kenzo after five years of cohabiting.

This topic has been one of the biggest discussions on social media that saw people taking sides, with some saying that Rema will never settle in that relationship and others wishing her the best of luck in her new marriage.

Amidst all online criticisms and gossip, the ‘siri muyembe’ singer took it on social media and alleged that she was never happy with the ‘semyekozo; singer since he always forced her to change. But Hamza is the only man who has ever loved her truly and appreciates her the way she is.

The singer further expressed that she is currently happy in her new relationship and so grateful for what her husband has done for her.

“Happiness isn’t about getting what you want all the time, it’s about loving what you have and being grateful for it. My husband Sebunya Hamza, I’m really grateful,” she noted.

Recently, Kenzo put the blame of their failed relationship on Rema, claiming that she used to abuse him through her songs and even forced him out of the house.

“I have been going through a lot in that relationship when I don’t have anyone to cry to. I was even force to run out of my own house that I obtained from gathering the little money I was getting. But for all that time I didn’t get a new lover. I have been abused through songs and chose to remain quiet,” Kenzo said. 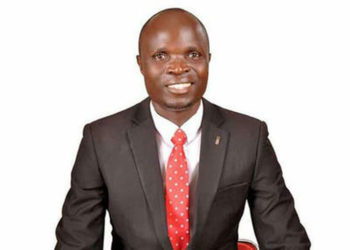