Need advice: DNA results prove I’m not the biological father for my 3 year-old daughter, but my ex-girlfriend, relatives say I was bewitched by my wife to disown her

by watchdog
in Entertainment, Lifestyle
5 0 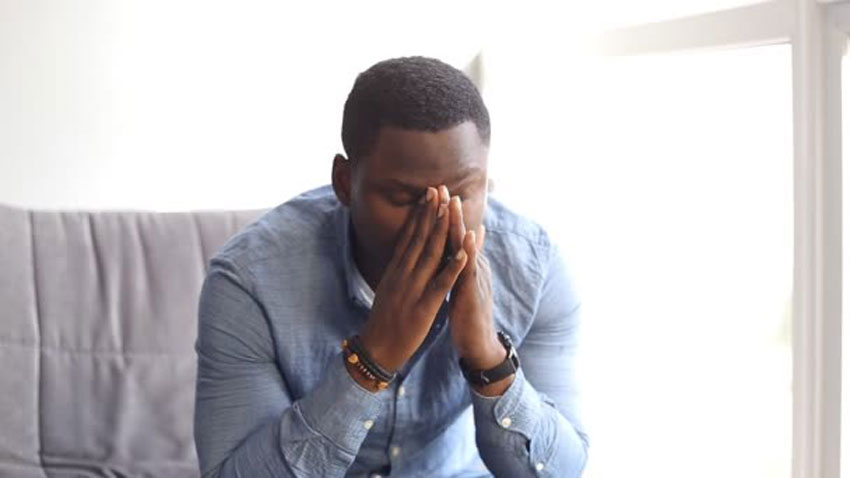 Confused on what to do

I was living with Ainembabazi as my girlfriend for about 5 months and decided to take her to visit my parents for Christmas in the year 2015. While at my parent’s place, she got upset over minor issues and left me at their home right after Christmas day.

Feeling lonely, I revived my relationship with my ex-girlfriend (Joyce) and we spent some good time on the new year’s eve- 1st of January 2016. Joyce had already produced a kid with another man and their marriage had failed to work out. Our revived relationship with Joyce was very casual but was going on well. I later employed her (Joyce) to attend to one of my mobile money outlets to make a living.

Since Joyce was already having a baby from another man, I was not considering her for marriage and did not commit to marrying her. After about two weeks, I reunited with Ainembabazi and we continued living together like before.

The problem came when Joyce notified me in May 2016 that she was pregnant. I did not expect such news as we had agreed to use family planning methods to avoid unwanted pregnancies. As I took her notice lightly, she visited my home and narrated the whole story to Ainembabazi who later became so furious and abusive at me as well as threatening Joyce that she would die with her pregnancy. Joyce later decided to run away with all the mobile money capital that she was using (about 2 million Uganda shillings). After about 5 months of being abused and sometimes physically assaulted by Ainembabazi, I ended my relationship with her as I could not manage the situation she was passing me through.

Getting my first-born baby

As days and months passed, Joyce’s pregnancy was due. Joyce, who had disappeared, came out of her hideouts and looked for me to take care of the expected hospital bills. Even though she did not return the money, I took care of her full-grown pregnancy and met all the hospital bills with one heart. She successfully delivered a baby girl which I named Ela and took good care of both the mum and the baby. Her name “Ela” is a hidden form of the word “Error” since her coming was not intended on my side. Since I did not express intentions of marrying her, Joyce later got married to another man and became pregnant for him.

As it was approaching delivery time of her third child from another man, I picked Ela (2 years by then) and took her to my mum and employed a maid to take care of her. In early 2018, I also got married to Patience and we had our first baby boy in March 2019 whom I called Lin.

Just to kill my curiosity, I took both Lin and Ela for DNA tests in the month of August 2019. To my surprise, Ela was found not to be my biological child. This frustrated me and I was almost knocked by boda-bodas as I was returning home. I first kept it as a secret to cool down but later (after two weeks) told my mum about it. On hearing it, she got upset with me and immediately concluded that I am under the influence of Juju. She convinced herself that my wife (Patience) has chummed me into rejecting my own child. “How can you reject your own child?” she said.

Since I had the true DNA results with me, I did not accept that Patience had chummed me. My mum later told all our family members that I was under the influence of Juju from my wife (Patience) and that was the reason I was rejecting my own child. My wife was since then hated by some of the family members.

I later collaborated with my elder brother (the heir) to call a family meeting during which I could display the DNA results. My brother accepted and called a family meeting but out of 10 family members, only him, myself and one of my brothers (3 people in total) turned up for the meeting to witness the DNA test results.

Returning Ela back to her mum

After about 2 months from the receipt of the controversial DNA results, I decided to inform Joyce (Ela’s mum) about the results. She immediately rejected the results and said, “you are the only man I slept with”. I requested that we go together for another round of DNA tests in her presence and she rejected the idea. She vowed not to accept Ela back as she was getting support from my mum and my elder sister.

On realizing that things were getting complicated, I decided to involve the police (child protection unit) and Ela was handed back to her mum although with heated arguments while at the police station.

My mum, my sister and some of the family members were not happy with what I had done. They collaborated with Ela’s mum and took Ela back to my mum’s place where she has been living since December 2019. Despite the DNA results, my mum insists that I am the biological father to Ela and keeps telling her (Ela) to call me “Dad” whenever I go there. “Go and greet Dad” she says.

I am worried that Ela (currently 3 and half years) is growing thinking that I am a bad dad who has rejected her.

Dear Reader, if you were me, what can you do in this situation??

Ykee Benda to Muzaata: Only the wise can apologise after realizing their mistakes