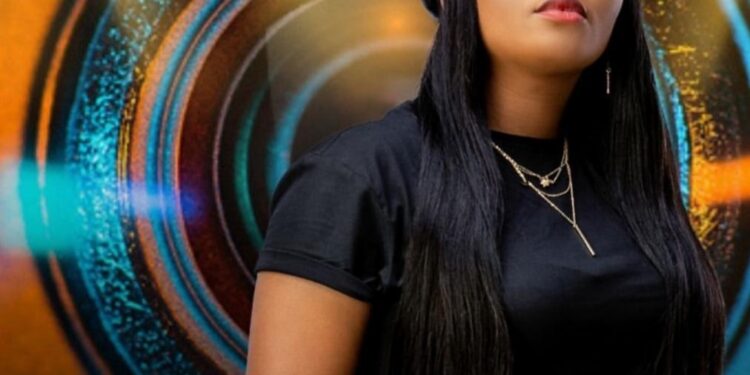 While in the BBN house, the 29
-year-old entrepreneur was open to fellow housemates about her being married to Ajmoney (husband).

However, as time went on, it seemed like the mother one (son) forgot her marital roles and became open for dating.

Tega even advised fellow single female housemates on how they should give viewers content. According to her, Big Brother content was public romance and being highly sexually involved on National television.
So not true.

Being free spirited, married Tega got involved with fellow ex-housemate Boma romantically and they gave viewers what they thought was content, unfortunately the public wasn’t pleased at all and voted both out on the same Sunday.

They were dragged by the public and she apologized to her fans (that’s if she still had any) through her Instagram page. Everything seemed smooth when a video was shared of her reuniting with the husband. However earlier on Wednesday still through Instagram, the husband has denounced their marriage.
“You all should stop addressing me as Tega’s husband, my name is ajeboh CEO @ajebohclothing”. He posted.

Tega must be nursing her wounds and actually still being roasted along her other culprit (Boma) up to date. Boma has also apologized for his misdeeds in the House and promised to do better.
This proves that marriage is highly respected even on shows that might make you think otherwise and sometimes going overboard is not necessary.