by Catherine Apolot
in Entertainment, Showbiz
16 0 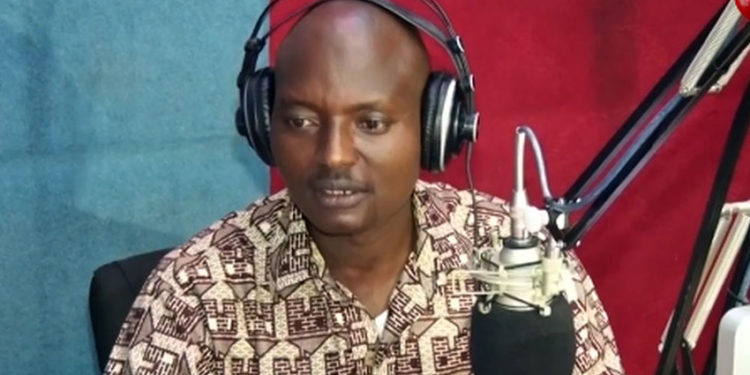 During his lunch hour fellowship service on Wednesday, Bugingo said Mabirizi is a’ pig’ which wants spoilt things only.

He said God cannot forsake him (His Pastor) and then side with a useless person like Mabirizi.

“Some people are loitering around, I hear Mabiizi.. They are pigs. How can God side with Mabiizi and leave Bugingo who speaks with the sick, the blind?It can’t be. The Mabiizi said that I will be sentenced to 35 years in prison… ” Bugingo told his followers who cheered him with wild jubilations.

The development comes at a time when Bugingo and Susan are being charged over illegal marriage.

On 7th December this year, the House of Prayer Ministries lead preacher was introduced by Susan in a customary marriage ceremony that was held in Katabi, Entebbe Municipality.

Just a day after their Kwanjula, controversial city lawyer Mabirizi dragged Bugingo and Susan to court for breaching customary marriage norms of Uganda.

After being summoned to Court, Pastor Bugingo came out to deny ever being introduced as new husband to longtime lover Susan.

Namirembe Christian Fellowship (NCF) founder Pastor Simeon Kayiwa on Tuesday also said pastor Bugingo’s visit to Susan Makula’s family early this month was not an introduction ceremony but rather a get together party.

Pastor Kayiwa, during an interview with UBC TV, said he escorted his colleague Bugingo to Susan’s family to pray for them and short of that there was no big deal.

Earlier on, Bugingo had told his followers that he had to marry Susan whether Ugandans like it or not as he scoffed at those who thought that he would reconcile with his embattled wife Teddy Naluswa Bugingo saying it was high time they stopped dreaming.

Mpigi politicians want district jobs be given to locals