by Watchdog Uganda
in Entertainment, Lifestyle
2 0 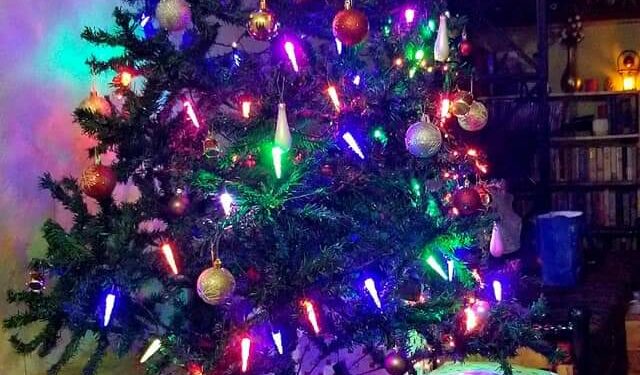 Christmas is the most celebrated holiday of the year, but how much do you know about it really? How many of you know who the first person to decorate a Christmas tree was? Any idea who invented electric Christmas lights? This list will give you all the answers you are looking for, and enlighten you about ten not so well-known facts about Christmas.

1.The First Person to Decorate a Christmas Tree was Martin Luther

However, the most credible and accurate story credits the 16th-century Protestant reformer, Martin Luther, as the first person ever to decorate a Christmas tree. As the story goes, the German theologian and monk was walking in the woods and was inspired by the beauty of all the shining stars in the sky. He decided that, from a distance, they looked like tree branches. So he decided to cut down a small tree and take it back home. He placed many small candles on the branches of the tree, and from there, the idea of a Christmas tree was born.

2. Jingle Bells Originally Had a Different Title and Wasn’t a Christmas Song

There’s no way you haven’t heard this Christmas song at least once in your lifetime. It plays 24/7 on TV, commercials, Christmas movies, even in Christmas cards. What you might not know however, is that Jingle Bells wasn’t written with Christmas in mind. For that matter, “Jingle Bells” wasn’t even the original title of the song! The original title was the cheeky “One Horse Open Sleigh,” and it was written for a school celebration regarding Thanksgiving. Slowly but surely the lyrics changed, as did the title, and now you can hear it every Christmas season, in over 50 different languages if you like.

Edward Johnson was an inventor that never created anything of value. The only highlight of his career was that he often worked with the legendary Thomas Edison. All this changed in 1882, when Johnson created the first-ever electric Christmas lights, for personal use at his home in New York. Though very much a one-hit wonder, these lights were enough of a hit to permanently etch his name onto the long list of great American inventors.

4.The Norse god Odin was the Original Santa Claus

Most are aware of the ferocious Norse god, Odin, but not many know that he was the mythical figure most responsible for inspiring the birth of Santa Claus.

According to Pagan myths, Odin was the leader of the Wild Hunt every Yule –the equivalent of Christmas for the Germanic Pagan Tribes- and he would ride his eight-legged horse, Sleipnir around the whole time. Sleipnir could cover long distances in a very short period of time, just like Santa’s sleigh and reindeer. According to the same traditions, children would fill their boots with carrots, straw and sugar, and place them near the chimney for Odin’s flying horse to eat while resting. Odin would then return the favor and reward those children for their kindness by leaving gifts, toys, and candies in the boots. Sound familiar?

5.The First Song Ever Composed and Recorded in Space was about Christmas

Chris Hadfield is a decorated astronaut, known for being the first Canadian in history to spacewalk. He’s also famous for composing and recording the first-ever song in space. “Jewel in the Night,” his musical best wishes to family, friends, and Mother Earth was backed by an acoustic guitar and uploaded to YouTube on Christmas Eve 2012. It has since been heard almost 250,000 times, and will probably be the first thing intergalactic carolers hear if they ever visit our little blue marble for Christmas.