by Mubiru Ivan
in Entertainment, Showbiz
42 3 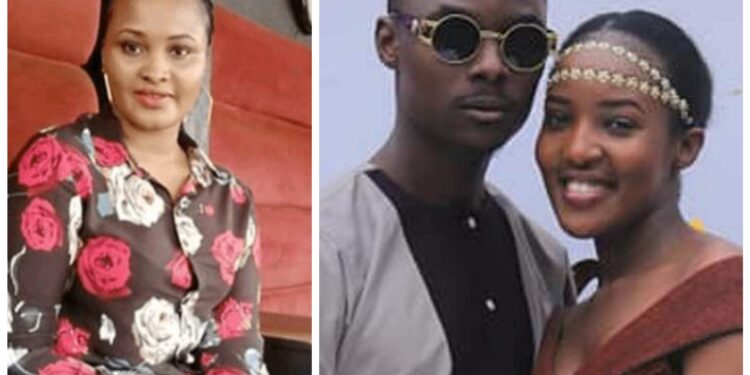 Ray G and Annabell who walked down the aisle in October gave birth to their second child on Tuesday 7th December, 2021. Unfortunately she died before even making a month old.

Following the sad development, the singer’s ex-lover identified as Liz Ankunda Namara has claimed responsibility for the death of the young angel.

Liz who seems to be very excited about the death of her ex’s daughter said in a Facebook post on Tuesday that she warned Ray G to be careful with her after messing up the good life they had built together but he never listened.

“Dear Ray G I warned you to be careful with me after messing up the good life we had built together but you couldn’t listen coz that ka Mbarara public p**sy had opened her dirty p**sy for you now look at you!!!” Liz said.

My beloved ex, I will not rest until you pay for my years and money you wasted.. Unless that you gonna cry until you leave this world,” she added.

Last year, Liz expressed disappointment in the ‘Musheshe’ singer for dumping her after three years of dating.

She said she was shocked that Ray G out of the blue left her for another woman. However, the heartbroken Liz revealed that she had nothing to do and life had to move on.