by Mubiru Ivan
in Entertainment, Showbiz
48 4 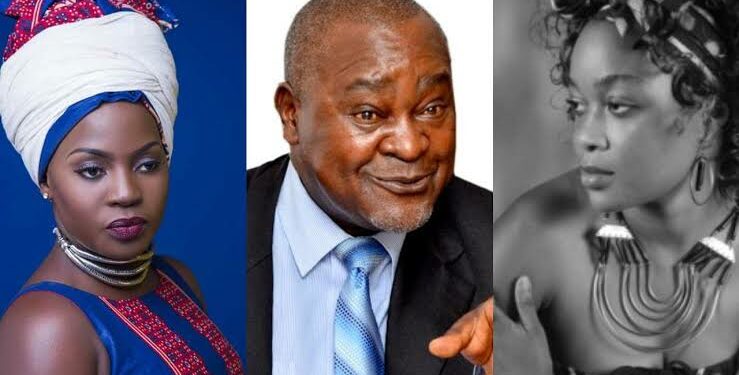 Following the development, the veteran politician revealed that he regrets why he got married and wished he spent his youthful years making money.

During an interview with Sanyuka TV’s Anna Talia Oze, Bukenya claimed marriage is a waste of time for many people.

“Leave alone the things that you see out there that when you get married it is forever and ever. We had different lifestyles and realised we were not compatible hence agreed to separate, she is happy and I am also happy, a free man,” Bukenya noted.

“If I were to go back in age, I would never get married, I would spend my entire life and energy making money.”

In 2019, Dr Margret Mary Musoke Bukenya petitioned the High Court seeking to dissolve her 45-year marriage with Bukenya on grounds of infidelity. Margret accused Bukenya of deserting their marriage and engaging in various adulterous relationships.

Dr Margaret stated that the two have three children aged between 30-45 years, but however in the course of their marriage; Dr. Bukenya deserted their family/matrimonial home, engaged in endless instances of adultery and infidelity which subjected her to countless acts of emotional distress and abuse amounting to cruelty.

In support of her petition that was filed through Ligomarc Advocates, Margaret cited a couple of extra marital relationships which she claimed her husband had been involved in over the last couple of decades.

Here are the 10 mistresses Margaret cited in her petition;

Around 1982/83 the respondent (Bukenya) repeatedly committed adultery with a one Ms Teddy Ndagire with whom they had a son named Capt. Brian Bukenya (now deceased).

In the late 1990s, the respondent took up and maintained a mistress named Ms Stella Njuba (deceased) a daughter of a close family friend with whom they got two children.

In the early 2000s, the respondent also started sexual relationships with a one Ms Margaret Kabasinguzi Nyabongo Akiiki, who was part of his mobilisation staff in the Busiro County North constituency. Together, they have one child that led to the breakup of her marriage. He still maintains this woman and their child in a house he built for them in Fort Portal.

In 2004 the respondent started sexual relations with a one Jamila Nakku who he maintained in their country home in Nagulu, Lwantama. Nakku claimed Dr. Bukenya had married her at a cultural function at her parents’ home.

In 2008 started on an adulterous relationship with a one Ms. Shony Batanda, a staff at his Vice President’s office. With her, he has one child aged eight years.

Around 2014/2015 the respondent had a relationship with a one Ms Justine Najjemba with whom they got a child about four years. She resides in Namayumba, Wakiso District.

On several occasions, he has continuously committed adulterous with a one Ms Cissy Namujju a former political mobilisation staff.

Dr. Bukenya, according to the plaint has also had sexual relation with Ms. Josephine Nakaju.

Several other affairs which have been highly publicised in the media include with popular musicians Irene Namubiru and Princess Sheila Nvanungi among others.

NORBERT MAO: This Christmas let us not forget our people “upcountry”. Let us not wait for them to beg us

NORBERT MAO: This Christmas let us not forget our people “upcountry”. Let us not wait for them to beg us