by Stephen Kalema
in Entertainment, Showbiz
3 0 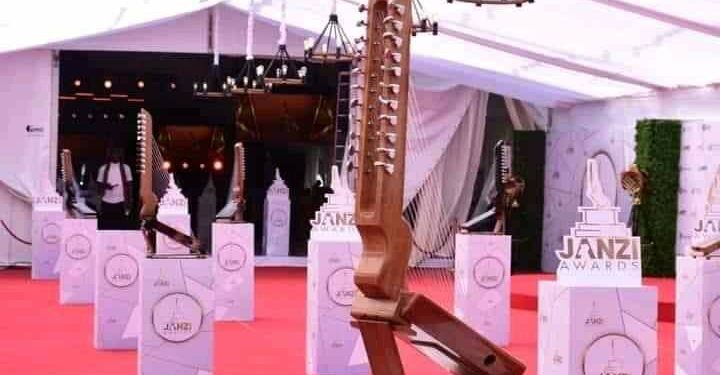 Janzi Awards’ inaugural ceremony was hosted by the Uganda Development Forum (UDF) which is a national network of state and non-state actors united by a shared commitment to propel sustainable socio-economic development in line with the aspirations of the people of Uganda, as articulated in Uganda Vision 2040.

The main aim was to explore ways of streamlining the sector with a view of unlocking its potential for job and wealth creation. It was unveiled by the Chief Coordinator of Operation Wealth Creation and Chairman of the Uganda Development Forum Gen Salim Saleh (injected billions of shillings in the event) on an occasion officiated by the Prime Ministry of Uganda as well as the Chairman of the Uganda National Cultural Forum in Gulu.

The nature of the awards

The Awards are named after the Janzi Instrument, which is a string instrument that was invented by the musician James Ssewakiryanga. The name was inspired by the Luganda word for grasshopper which is Ejjanzi who’s spirit and natural form are mirrored and inculpated in the design and feel of the instrument. The Janzi has two long wooden necks on the left and right, with a narrow space in between. It is made up of 22 strings, 11 strings on either side attached to the sound box with plastic strings. The Janzi is amplified and can be connected to any sound system. It is a modified version of the Adungu which is an instrument originating from Northern Uganda, where the inventor used guitar pegs instead of the usual Adungu’s local wood pegs and nails.

The Janzi Awards are therefore inspired by the instrument by way of celebrating and promoting the ingenuity and diversity of Uganda’s homegrown innovations and recognising the value and contribution of creatives and artists in promoting the culture of the nation, promoting social harmony, cohesion and unity through their different trades. The inaugural Janzi Awards in 2021 was a watershed moment that drove a major cultural shift in the creative sector.

Most of the recent award ceremonies that have taken place in Uganda have not recognised the art industry or sector as a whole, most of them recognise a small sector within art. For example, PAM Awards were for music. However Janzi awards were for the whole sector to recognise and celebrate outstanding creations across the industry.

Also to provide a platform for industry players and contribute to its transformation narrative and mobilise greater participation and inclusiveness across the country. Promote the cultural heritage of Uganda and stimulate dialogue about the great potential and values of African culture and artistic heritage. Identify challenges in the implementation of strategies related to the promotion of Uganda’s cultural, creative and performing arts industry. Stimulate advocacy among the media and strategic stakeholders to project the benefits of the Ugandan creative industry as a driver of economic and socio-political development.

Male Artist of the Year

Female Artist of the Year

Outstanding Album of the Year

Outstanding Song of the Year

• A Kalabanda ate My Homework