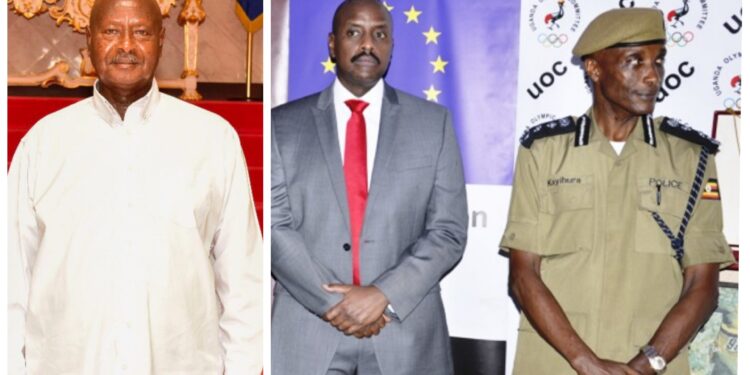 In a Wednesday tweet, Gen Muhoozi said Gen Kayihura was one of the special cadres in the early 1990s who inspired soldiers like him to serve Uganda as a nation.

He said if the former police chief made mistakes, responsible parties like the President should use revolutionary methods of work to rectify them.

“Gen K Kayihura was one of those special cadres in the early 1990s who inspired us to serve our nation. Others were late Generals Mayombo and Kazini. If he made mistakes, let us use revolutionary methods of work to rectify them. I request the Commander In Chief (CIC) to forgive and rehabilitate him,” Gen Muhoozi asserted.

During a presidential campaign trail heading to Kisoro late last year, Museveni assured NRM party leaders in the District that he would forgive Gen Kayihura, a son of the soil and facilitate his soft landing by talking to the military court martial to drop charges against him.

However, up to date, the head of state’s promise is yet to come to pass.

According to Daily monitor, officials at the Court Martial who spoke on anonymity a few months back said they have not received any instruction to drop criminal charges against Gen Kayihura from the Commander in Chief.

“From the time Gen Kayihura secured bail, he has been reporting and as court, we only extend his bail to allow him move. There are no instructions to drop the charges,” a source said.

On August 24, 2018, Kayihura was charged before the military court with failure to protect war materials, failure to supervise police officers and abetting kidnap.

The prosecution contends that between 2010 and 2018, on various occasions, Gen Kayihura issued firearms to unauthorised persons specifically members of Boda-Boda 2010 under the leadership of Abdullah Kitatta, who was convicted of similar crimes.