by Mubiru Ivan
in Entertainment, Showbiz
446 28 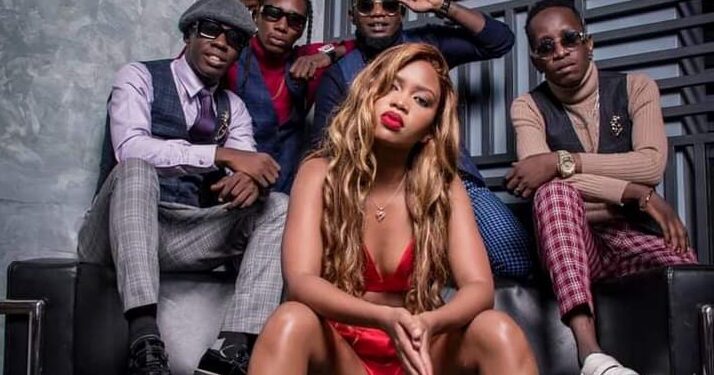 Sheilah Gashumba who had formerly vowed never to work for any Ugandan Television station again over poor pay, on Friday shocked the nation when she officially joined NBS as a co host for the After5 show.

A few months ago, Sheilah caused a social media storm when she made all sorts of rants exposing the dirt at the Serena Hotel-based TV station, NTV Uganda.The controversial media personality started the rant by accusing NTV of paying her peanuts despite her efforts to improve the brand. She described NTV managers as ‘jokers’ who “should be ashamed of themselves.”

Gashumba revealed that she was earning Shs50000 per appearance on NTV the Beat show. She left the show and joined Style Project and was being paid Shs100,000 per show. This totaled to Shs400,000 per month since it airs only once a week.

She vowed never to get back on any Ugandan TV as a presenter.

However, on Friday she ate her own words after joining NBS TV.

What is Sheilah’s new salary at NBS TV?

We have reliably established that the Naguru based station will be paying Sheilah Shs1.7 million monthly for cohosting the entertainment show- After5 that runs from Monday to Friday.

Meanwhile, the other four engines of the show also earn at least some reasonable payment out of their monthly sweat. And the good payments at NBS could be one of their strong muscle as to why they have managed to poach a number of media personalities from their competitors.

Edwin Katamba, commonly known as Mc Kats, a co-host at After5 earns Shs 2.2m currently. Before joining NBS, Kats used to earn Shs500,000 at NTV for his Xpozed show.

For the same show, Douglas Lwanga earns Shs1.8 million a month while the two DJs Roja and Mercy each earns Shs 1.5m.

The company also gives them free publicity for their businesses such as Roja’s annual deejay events alongside his partner, DJ Slick Stuart. The Purple Party for Douglas and MC Kats’ King of the Mic, this privilege has helped them to earn more and feel contented with their bosses.

13 money mistakes you should avoid