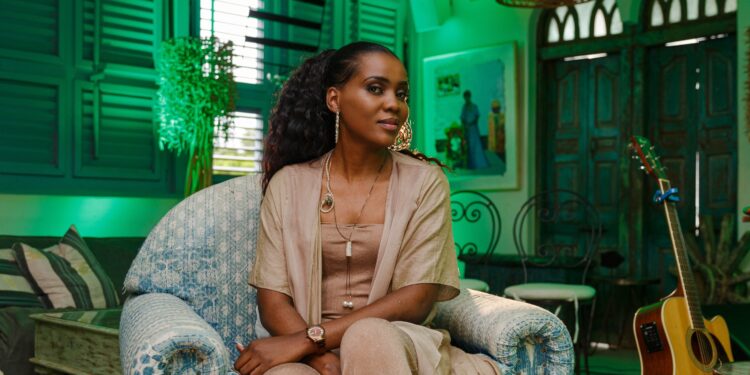 Afro-soul crooner Naava Grey is as famously popular for her soulful music as she is for maintaining a private life. The 2008 Tusker Project Fame semi-finalist has finally come out to reveal intimate details of her experience having fallen for an older man as a teenager, with the relationship resulting into a child.

According to Grey, the relationship was a result of unconsciously trying to find a father figure in her life.

This revelation is a snippet of a deeper conversation that will premiere this Sunday as a sequel to the debut episode of Tusker Malt’s online musical property, Tusker Malt Conversessions.

Naava discloses that her “daddy issues” stemmed from her family setting.

Naava Grey made these revelations as a part of a greater conversation about the challenges that helped her develop the thick skin that helped her overcome greater challenges that she was yet to encounter in the music business.
The entire episode of these and more revelations from Naava, interspersed with performance of her melodic music goes live on Tusker Malt’s official YouTube channel this Sunday November 7.

Naava Grey is the second artiste hosted for the online music experience after a sensational debut by Winnie Nwagi. Nwagi’s episode is also available on the channel.

MPs to Prime Minister Nabbanja: Go and revise your roles clearly you will stop hijacking other people’s duties

MPs to Prime Minister Nabbanja: Go and revise your roles clearly you will stop hijacking other people’s duties