by watchdog
in Business, Technology
5 0

Telecommunications operators have up to 30th January 2020 to formally notify the Uganda Communications Commission which license categories they want to apply for under the new licensing regime.

Having concluded a review of the new licensing framework for the telecommunications sector and approved various license categories, the Commission recently wrote to concerned telecom operators and service providers confirming the new terms and reminding them to submit their expression of interest within the stipulated timelines.

Current operators had been given sixty (60) days from the 29th of October 2019 within which to formally write to the Commission indicating which license(s) they wish to be considered for. However, the deadline has now been extended to 30th January 2020 to allow for adequate consultations.

The new licensing framework, which is to come into force by June 30, 2020, was presented to all current and prospective operators at the Commission’s offices on 29th October 2019.

Explaining the rationale of the framework to the top executives of telecoms, the UCC Executive Director Mr Godfrey Mutabazi noted that the last such review was conducted in 2016.

Mr Mutabazi said the new framework, which has been arrived at after a comprehensive consultative process, will boost investment in the sector and ultimately improve the quality of telecommunications services.

Highlights of the new framework include a requirement for national telecom operators to float at least 20% of the shares on the Uganda Securities Exchange within two years of acquiring the new license.

In his letter of December 10, 2019, the UCC Executive Director outlined the six license categories, and also highlighted newly introduced authorisations that cater for related telecommunications services. 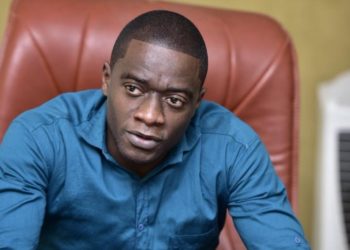 From philanthropy to profit: how clean energy is kickstarting sustainable development in East Africa