Toyota’s first electric car to hit the road in 2022

by watchdog
in Business, Products
2 0 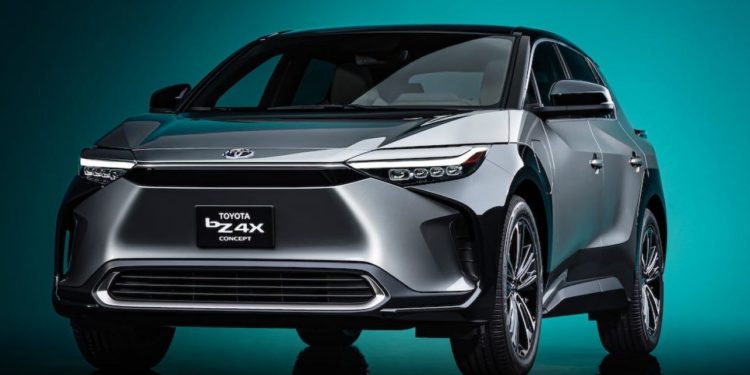 Back in February, Toyota announced it would debut three electric vehicles in the US by the end of 2021. Of that trio, it said two would be fully electric models, while one would be a plug-in hybrid. The automaker today detailed a broader EV vision as it tries to become carbon neutral by 2050. In particular, Toyota says it plans to sell around 70 different electric cars globally by the end of 2025, including 15 new fully electric models.

Roughly half of those will fall under the company’s new Beyond Zero brand, with the bZ4X SUV Toyota unveiled today kicking things off. While only a concept currently, Toyota plans to quickly turn it into a road-ready car after production gets underway in Japan and China. The company says it hopes to start selling the bZ4X by the middle of 2022, with details on the US version to come at a later date.

Toyota didn’t share much more information about the bZ4X. We know it was co-developed by Subaru and will feature all-wheel drive and take advantage of Toyota’s new battery-electric e-TNGA powertrain. It will also include a long-wheelbase frame for a roomy interior. Outside of the bZ4X and other Beyond Zero-branded cars, the company also plans to electrify its pickup trucks.