by watchdog
in Business, CEOs & Entrepreneurs,
10 0 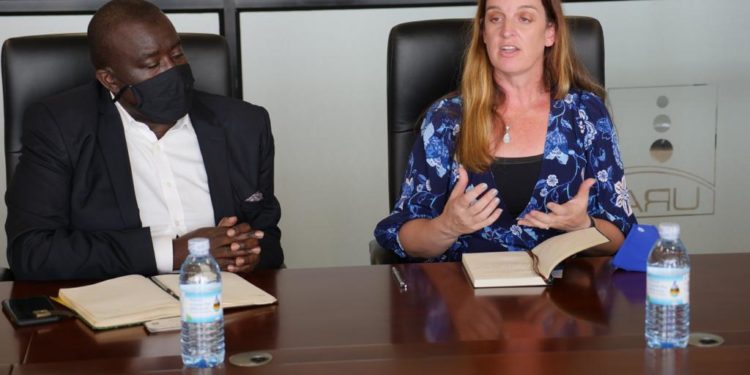 Lisa Stark Hughes an American Health investor who has been in the country for a while has commended President Yoweri Museveni for building a robust health sector that favors establishment of big investments in the country.

The American investor whose trade is majorly in the areas of Fertility and Reproductive health made the remarks during her medical tour across the country upon visiting several health centres including the Mulago National Specialised Hospital and fertility centres.

“I am so grateful for having been invited by President Museveni into the country for medical tourism with the aim of establishing great investments in the health sector. The reason we chose Uganda is that Museveni has done an amazing job of creating the infrastructure necessary for any investment to thrive,” Lisa said.

Lisa said that having been briefed on President Museveni’s Vision 2040 by Isaac Kigozi the Managing Director of East African Partners (EAP) a company that ushered her into the country, she opted for a fact finding mission but her findings have been extremely amazing.

“As I did my own research on Uganda, the infrastructure and culture, I found many of the amazing improvements that His Excellency the President has done for His people. I found His dedication and love for His people and His country far greater than any other President or ruler,” Lisa said.

Lisa noted that the amount of progress made in Uganda during Museveni’s Presidency has been astounding given his passion for improving the lives of people which explains why the Ugandan people love Him so much.

“I also learned the great strides that His Excellency the President has made to empower women. It is obvious that Museveni holds all women in high regard and truly values strong women who are appointed and elected in major offices such as the Parliament Speakership that is occupied by Hon. Rebecca Kadaga,” Lisa said.

Lisa added that due to Uganda’s greatest export which is peace, the country has the potential to become the global health care tourism destination which will in turn boost the economy.

She observed that the health sector in Uganda has got all that it takes to support any investment given the readily available infrastructure and skilled human resource.

EAP Managing Director Isaac Kigozi appreciated Lisa for leading a group of dedicated investors that are ready and willing to boost Uganda’s health sector as well as diversify the economy.

“It’s our dream to turn Uganda into a global investment destination and with such groups coming into the country, the dream shall be achieved in no time. We however call upon all Ugandans to cherish and treasure the peace in the country and work towards maintaining it,” Kigozi said.

Singer Cindy lists things she treasures most in her life

Singer Cindy lists things she treasures most in her life