by Lawrence Kazooba
in Motorsport
18 1 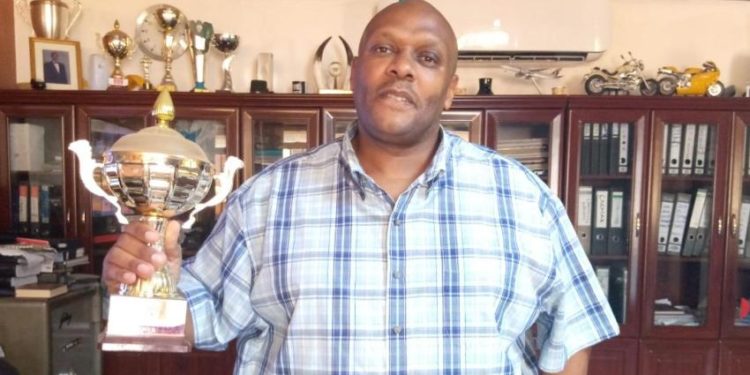 Motorsport is one the few sports in Uganda comparable to the popularity of football. Its fan base, like for Uganda Cranes or Masaza cup tournament, comprise diehards who follow it whenever it goes.

What however makes motorsport stand out is its capacity to change the local economy of whatever place the sport takes place.

As Uganda recovers from the battering of Covid-19 against sports among other activities, veteran rally driver, Desh Kananura says one game that shall lift the spirits of Ugandans to regain their confidence is motorsport.

Desh, a Kampala businessman, and a notorious motorsport diehard, spoke to www.watchdoguganda.com on why he believes motorsport is a catalyst that can reawaken Ugandans who believe the year has been wasted due to the global pandemic.

Desh says he last attended a motorsport activity in January 2020 in Garuga, shortly before the lockdown, and speaks about the game with nostalgia.

“The total silence of the engines bothers me,” he confessed at his Panamera office in Naguru.

“Motorsport is something Ugandans love. It is like a cult,” Desh, reveals, adding that when you see diehards following cars to Kabale, Rwanda, Mbale, everywhere, you realise there is something phenomenal about this sport.

Although motorsport is an expensive game, and many players need sponsorships to survive in the game, Kananura says, he believes the time has come for Corporate Uganda to realise that no sport shifts the mood of localities like the sound of car rallies. Motorsport changes localities. Life is never the same after it.

“This is something that gives mileage to sponsors,” he says, pointing to why aggressive sponsors like Shell (Vivo Energy) always book top drivers to market their brand and products.

Desh who introduced KFC to motor rallies, recalls the days when the fast food company was his sponsor, he discovered that many people fell in love with KFC because of its presence on the circuit.

“More so, when these companies support the sport, it has a trickling effect on many people in terms of employment, experiences, tourism, among others,” the 2015 Pearl of Africa motor rally champion says.

Desh narrates that in 2016\17, a rally was organized in Kabale. After the sport, testimonies flowed, saying, nothing like it had happened in Kabale in more than 30 years.

“No food, drinks, hotel, meats, chicken, snacks, were left in the town.” Desh recalls, small traders say after the rally. “Fans and rally teams left a lot of money in the town, which boosted the local market of the town.” This stimulation happens to every place the sport goes. Be it in Mukono, Busiika, Masaka or Mbale.

Desh says after covid-19 is done, he encourages the leadership of motorsport, headed by Dipu Ruparelia, to get on their feet and take this exciting sport across the country.

He also asks that the game goes digital because analogue motorsport discourages many drivers.

“We need the sport to move with a generation whose timings are in real time and less complaints come in with improved technology.”

Desh fell in love with cars at a tender age of nine. His neighbor in Kololo was Karim Hirji, a businessman who was also a motorsport champion in Uganda. George Bitature was his navigator. He admired the duo.

When he was 22 years, he tried joining the sport. However, it proved too expensive. Among the losses he has counted was when bought a car at $100,000 and burnt to ashes.

He however didn’t give up. He bought another, an N14 from Emma Kato, which he later sold to Dunstan Kikankane. In 2015, he imported another from Ireland, and won the 2015 Pearl of Africa.

He has cleared his garage of motorsport vehicles, but again found himself buying new ones.

Motorsport is that addictive, for drivers and navigators, but also mechanics, timers, and other people who participate in it.

Desh says, if motorsport is given a chance to flourish in Uganda, it is one thing that the government and businesses can use to promote domestic tourism, as well as programs that unite Ugandans, and create local investments.

Looking back to the Kabale rally, Desh says, people started visiting Kabale town more frequently after the motor rally in the town, which showcased the town’s beauty and facilities.

The businessman says in the post Covid-19 era, motorsport can be used to wake up the country whose people believe their year is lost, yet there is more ahead of us as a people.

“I call upon Ugandans to be positive in their outlook, let’s work hard to catch up with the lost time,” Desh said, in a rallying call.

Be careful, you may bring trouble to churches-Bishop Lwere warns pastors protesting over continued closure of places of worship