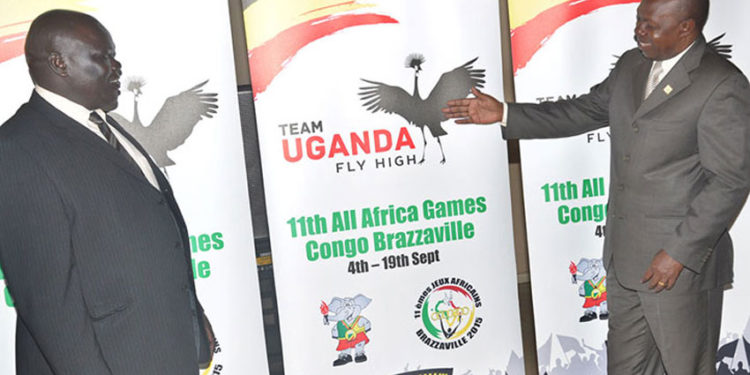 National Council of Sports (NCS) a statutory organ whose foundation, status and powers are under the NCS Act of 1964 is an apex organization that coordinates all sports activities in the country, in conjunction with National Sports Associations.

The council is directly appointed by the sports Minister as mandated by the same Act and consists of 10 members in addition to the chairperson making a total number of 11.

The current chairman of the council is John Bosco Onyik whose membership at the committee could last for two years according to the 1964 National Council Act.

National Council of Sports the umbrella body of Uganda’s sports federations has over 40 registered Associations and federations but we are yet to understand the role of some and how they passed through the vetting process to get registered.

Of the registered ones, National Council of Sports which took the responsibility of vetting and registering can only locate office address of a few in addition of no record of their audited books of accounts, no record of when they last held an annual General Assembly, no record of their annual activity calendar, no record of when they last held a local sports event while others can still keep money in brief cases due to failure to open up bank accounts yet they all share a portion of a tax payer’s money which is contrary to article 4(2) of the 2014 Statutory Instrument number 38.

National Council of Sports is endowed with officials that take part in almost every trip for a traveling team but their trips are more or less the same as of a spectator because they are yet to establish how sports benefits from these journeys since amongst all the developed sports facilities they have physically observed, apart from renovating their offices, they have not spearheaded the construction of an international standard sports facility for any federation in the country.

For example, FUFA pays millions of money to host national team events, the MTN donated arena has no air conditioners in addition to having poor toilet facilities. The federations that were allocated a portion of government funding are receiving less than the actual allocated amount yet according to the National Council of Sports Act 1964 article 3(1) a, the objectives for the formation of this council are to develop, promote and control all forms of amateur sports on a national basis in conjunction with voluntary amateur sports organizations or associations by providing training, grants-in-aid, playing fields and other facilities.

There is no single time when NCS marketing team has collaborated with a sports federation to hunt for sponsorship deals that could boost the development of such a sport but some Council members have been spotted on forefront waging nonconstructive battles in the sports family a case in point is when the council gave Dan Walusimbi’s FUFA a recognition license and later canceled it for Moses Magogo’s FUFA, gracing the reelection of the impeached Uganda Cycling Association president and denying to listen to the Assembly that had impeached him, battling with Uganda Boxing Federation’s Moses Muhangi in addition to crashing with Uganda Olympics Committee President William Blink for over Seven years.

As a body regulating national Federations, there should have been meetings with federation heads to plan together the direction of sports in the country but it’s now over a year when NCS last had a joint sports federations meeting and it was also as a result of high voices from some dissatisfied stakeholders over who shares what on government funding and the question is how does NCS plan for the community they don’t meet ?