ROSE NAMAYANJA: Government to ensure UPE, USE are free and of quality 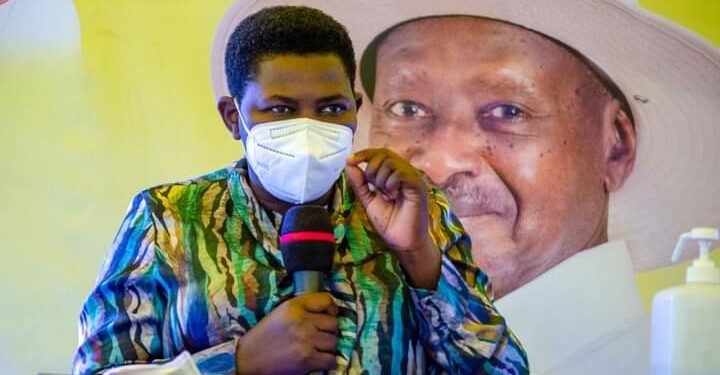 Education is an enabler with ability to close opportunity gap. It is on this premise that the Government has invested immense efforts in improving the education system and building on what was in place.

When President Yoweri Museveni came to power in 1986, Uganda’s education was relatively in bad shape in infrastructure with low quantities from primary to higher education.

The Government has over the years registered significant milestones, resulting from deliberate strategies applied to the sector.

Considering that education is every child’s right, the Government rolled out Universal Primary Education (UPE) and Universal Secondary Education (USE) covering all government and government-aided schools, though sometimes parents are asked to offer minimal facilitation, where applicable.

We are also concerned with normalised practice by public schools’ administrators to levy hefty, but disguised fees in form of all sorts of names! Having recognised how harmful this is to UPE and USE objectives, we are taking stern action against perpetrators, once schools reopen in 2022.

Book-to-pupil ration was improved 14:1 to 3:1 following the Government’s scheme that provided English and mathematics textbooks to all Primary One-Primary Seven in all public schools.

The subject menu for lower secondary reduced from 44 to 20 with major focus on science technology engineering and mathematics, following change in lower secondary curriculum. I need to inform you, adult literacy rate is at 70.2% for males and 61.97% for females.

Owing to improved public education, the benefits, including increased accessibility and affordability, job creation for teaching and non-teaching staff, enhanced skilling through tertiary institutions, among others, are there for everyone to see. The NRM Government has produced thousands of graduates ready to be absorbed into the job market, while others are into self-employment.

I cannot move an inch without reminding you that our Makerere University was ranked the highest university in sub-Saharan Africa, outside of South Africa and the 569th best university worldwide in 2020.

Those wins notwithstanding, there are still challenges brought by budget constraints and other wide-ranging factors that we are working around the clock to fix. We are cognizant of the disparities between public and private educational institutions in various aspects, but we are taking steps to bridge them. We are upholding the students’ loan schemes in tertiary institutions, among others.

Given the far-reaching COVID-19 impact which necessitated e-learning, the NRM Government is focusing substantial energies on digitisation of education through working towards improvement of IT infrastructure (hardware, soft-ware, and connectivity).

Also in stock is the enhancement of government teachers’ salaries and emoluments at all levels, starting with science teachers to reinvigorate their energies towards providing quality education for all learners.

This is not to say we are forgetting about teachers in private educational institutions of learning. The President announced up to sh20b as a relief fund for teachers estimated to be 350,000 in private schools because they have disproportionately felt COVID-19’s brunt emanating from suppression measures which deprived them of their livelihoods.

Additionally, we are aiming at reforming the way we recruit, train and retrain and support teachers because it is proven that high quality teachers help students to succeed.

Rose Namayanja is the Deputy Secretary General of NRM.