by Watchdog Uganda
in Conversations with, Op-Ed
0 0
0

On Saturday 3rd December,2022,Uganda Muslim Supreme Council through its delegates of the General Assembly convened and elected Owek.Al-hajj.Prof.Dr.Muhamadi Lubega Kisambira as the substantive Chairman for the next five years.The academic scholar who garnered 119 votes beat off stiff competition from Sheikh Kassim Kamugisha who polled 116 with Hajj Twaha Gwaivu trailing with a mere 12 votes leaving only 03 invalid votes.Even Prof. Lubega’s predecessor Sheikh Baronde (RIP) beat off competition from his competitors thereby winning by 4 votes.Prior to the elections,Hajj Hassan Basajjabalaba had been disqualified from the race over a litany of things not limited to the 2010 impeachment when he held forte then that haunts him to date.The delegates who prior to the elections,were sworn in and vowed to honor their recently enacted constitution,vowed that all provisions in their supreme law be adhered to since they committed to uphold it at all times regardless.

All the delegates from the 10 Muslim regions participated in the most transparent and open exercise that left all delegates convinced that UMSC has a serious future ahead of it.

But how did Prof.Lubega also 1st Deputy Premier of Busoga Kingdom scoop the much coveted chairmanship to the utter shock of his competitors.

Pro-Muslim Manifesto:
Just like any other serious scholar, the new Chairman was the only candidate in the race who had a well laid down manifesto that enabled delegates to read,internalize and make informed decisions.In his Ten point Manifesto,the enthusiastic Chairman of the Sunni Muslims notified the delegates that in the preceding 5 years alone,he has spent over UgX1.5 billion shillings educating underprivileged students across the country.The manifesto also observed that over UgX500 million had been spent renovating some of the dilapidated Muslim schools in the country coupled with contributing to the construction of Mosques and welfare of the underprivileged members of society.It’s on record that in his capacity as the Chairman of Muslim Professionals and Entrepreneurs,the new Chairman mobilized the fundraising and extension of support to the different communities in the country during the covid-19 pandemic.His efforts paid off handsomely as many starving families were rescued in their times of need.

Ahead of his assumption of the new office,he emphasized Unity of purpose as yardstick for service deliver,accountability,social transformation,transparency,advocacy,lobbying for the advancement of Muslims in the country,exchange programs with the Muslim world,capacity building and economic empowerment. Some of these targets had never been heard of at Old Kampala but in the new Chairman,the delegates saw a messiah and liberator who was determined to take their faith to another level thereby making it inevitable not to trust him. 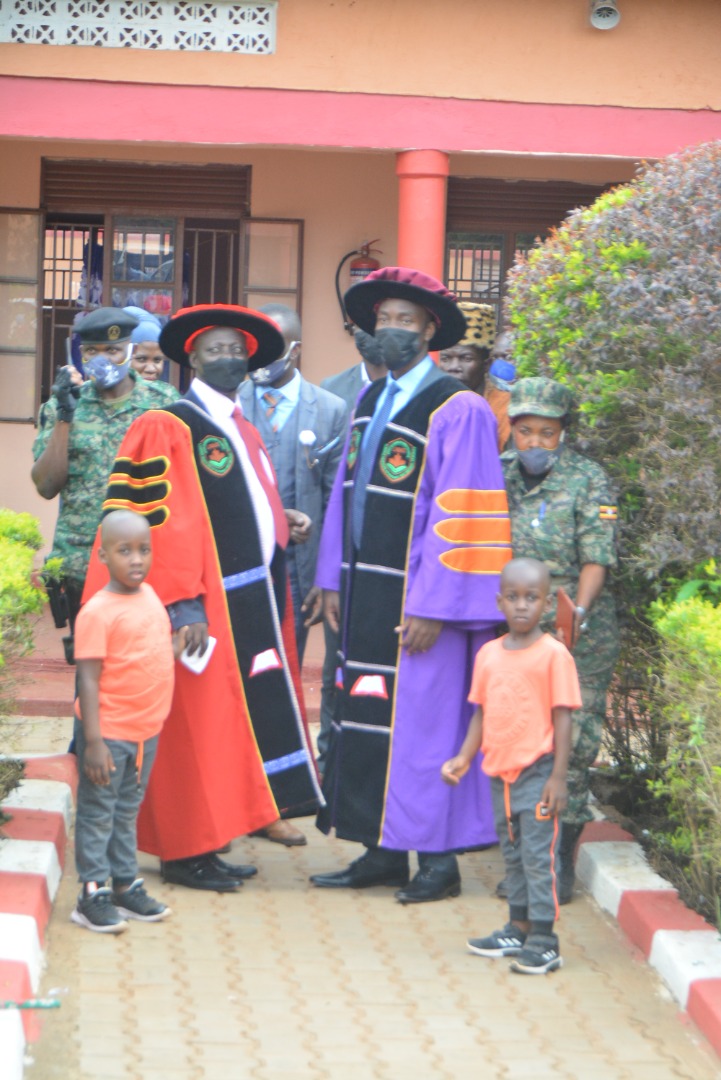 Campaign of alliances:
It’s a proven record that candidates the world over form strategic alliances to beat their opponents.The UMSC elections were not exceptional at all. Several of the Muslim regions under UMSC allied to ensure that their preferred choice went through by hook or crook. Even when a lot of money was reportedly being dished out by some candidates,the determined candidates couldn’t settle for anything less of Prof. Lubega’s victory.

Educated delegates:
This is the first time in the history of UMSC that among its delegates are 5 PhD holders alongside a sea of Masters among others. There was no way these could have allowed a Chairman whose level of education was below theirs to steer the ship. In Prof. Lubega they saw their equivalent. No wonder great brains think alike.

Looking at all the candidates who offered themselves for the top seat,Prof. Lubega beat all of them.Besides being globally networked,he is nationally and locally known.President Museveni and the Kyabazinga of Busoga,His Majesty William Gabula Nadiope,IV have since on different occasions presided over graduation ceremonies at his Iganga based Lubega Nursing School. 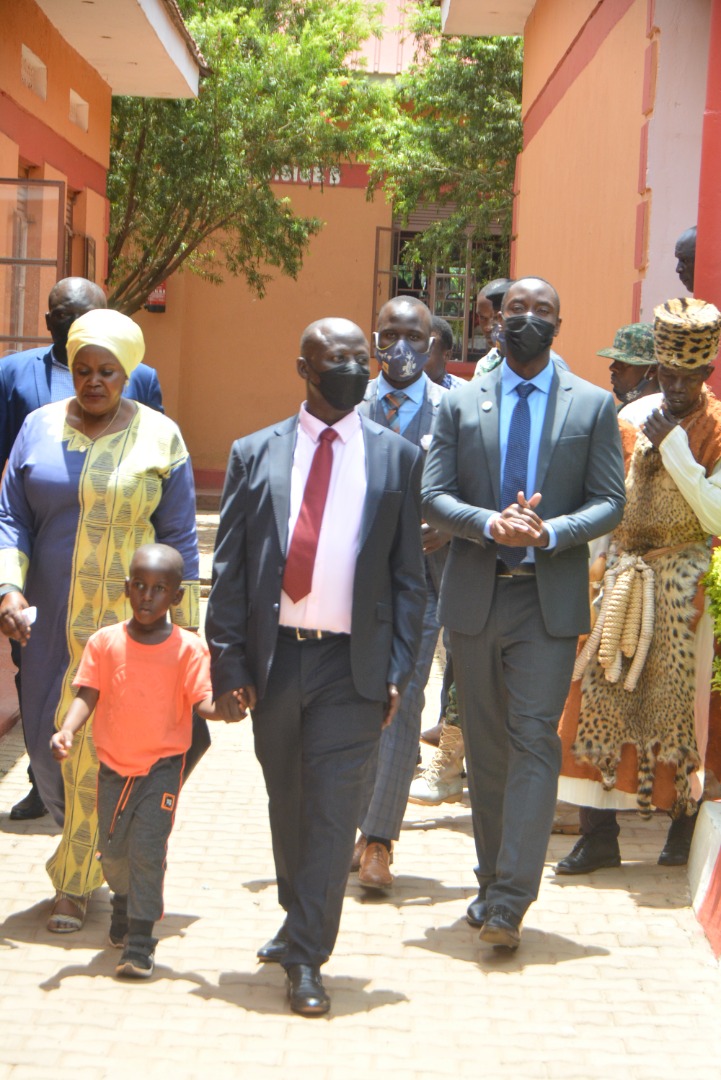 Integrity of the candidates:
The over 250 Delegates were interested in the candidates’ integrity and humility which worked in Prof. Lubega’s favor.With all his global connections,Prof.Lubega endeared himself to the voters in person by reaching out to each one of them thereby winning over their trust.

Dr.Bowa,Regional Kadhi for Busoga,who was involved in mobilizing support for the Professor argued that being an elite and most qualified academically among the candidates,it was inevitable for his candidate not to win.

“For the first time in our history,we have a Chairman as a professor.We are optimistic of changing UMSC for the better economically,socially and religiously and the next five years will see UMSC change its trajectory for the better”, a jovial talking Dr.Bowa revealed.

He is the current Chairman of Muslim Professionals and Entrepreneurs on top of being the outgoing Chairman of UMSC Luuka District. 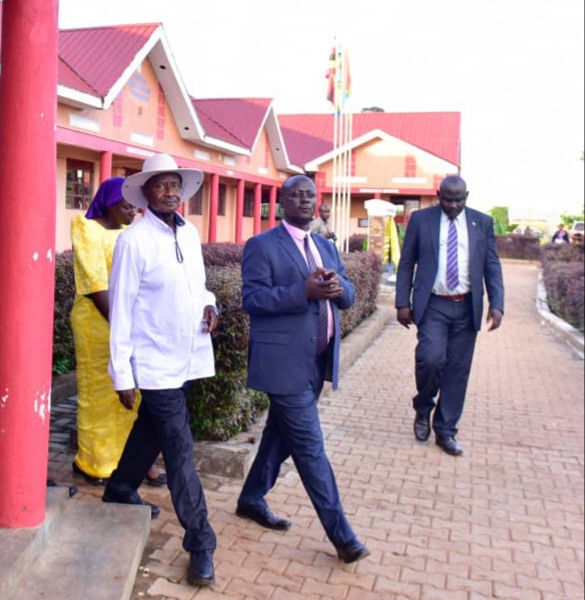 He is also the 1st Deputy Premier of Busoga Kingdom who is in charge of finance and administration,a prestigious position that enables him to run the daily errands at the Kyabazinga’s institution.He has been a Researcher with many bilateral and multilateral health related organisations including but not limited to the World Health Organization,the United States’ National Institute of Health,UNFPA,SIDA/SAREC among others.Besides being an International Health Consultant and proprietor of several Nursing and Midwifery schools in Iganga and Lugazi,he is also the founder of Lugazi Mixed Primary School-a model school in the area.

Prior to the elections,the new Chairman made himself available to the electorate for purposes of interaction and creating a rapple with the electors.He traversed the entire country reaching out to all the delegates in the 10 Muslim regions asking for their mandate. 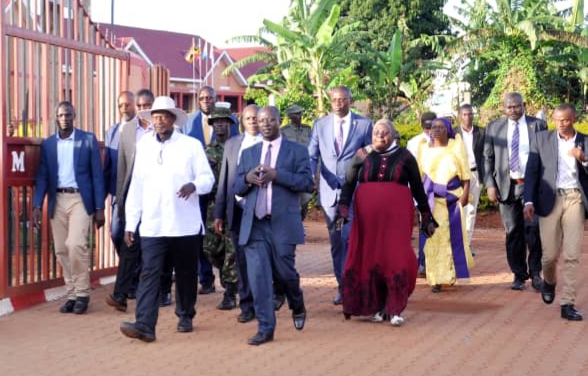 No wonder even when attempts were reportedly made on several occasions to lure him with billions of cash to step down,he refused for his integrity and his cherished values could not be compromised.

For the record,the UMSC Chairman is expected to render services to council in addition to presiding over the General Assembly whenever it convenes.

One Of The Most Popular Payment Methods In South Africa: Vouchers