by Watchdog Uganda
in Conversations with, Op-Ed
23 1
0

South Africa’s two ocean Marathon has for long been dubbed Africa’s number one running event and the World’s most beautiful marathon run annually in Cape Town, South Africa. The event that celebrated its 53rd anniversary this year was held on the 16th and 17th of April 2022 and it attracted a record 19,000 runners.

In its 9th year, the Kingdom of Buganda has been having annual runs in commemoration of the Kabaka’s birthday and the numbers have since grown from 1,000 in 2014 to over 80,000 as per the records of the just concluded July 3rd 2022 run.

The event sponsored by Airtel has become Uganda’s biggest running event that attracts people from all walks of life and one could easily say, it’s the only unifying event in Uganda the brings together people with different political, Religions ,Tribal and Social strata.

The Kabaka himself flanked by the Nnabagereka flagged off this year’s mammoth gathering of runners at exactly 7: 00am where different groups of runners exhibited talent on the 5km, 10km and 21km routes.

The Kabaka who is the UNAIDS ambassador on HIV/AIDS in Africa was applauded for his effort in creating awareness about the disease and he was presented an international award by the UNAIDS Executive Director – Eng. Winnie Byanyima who also graced the running event. 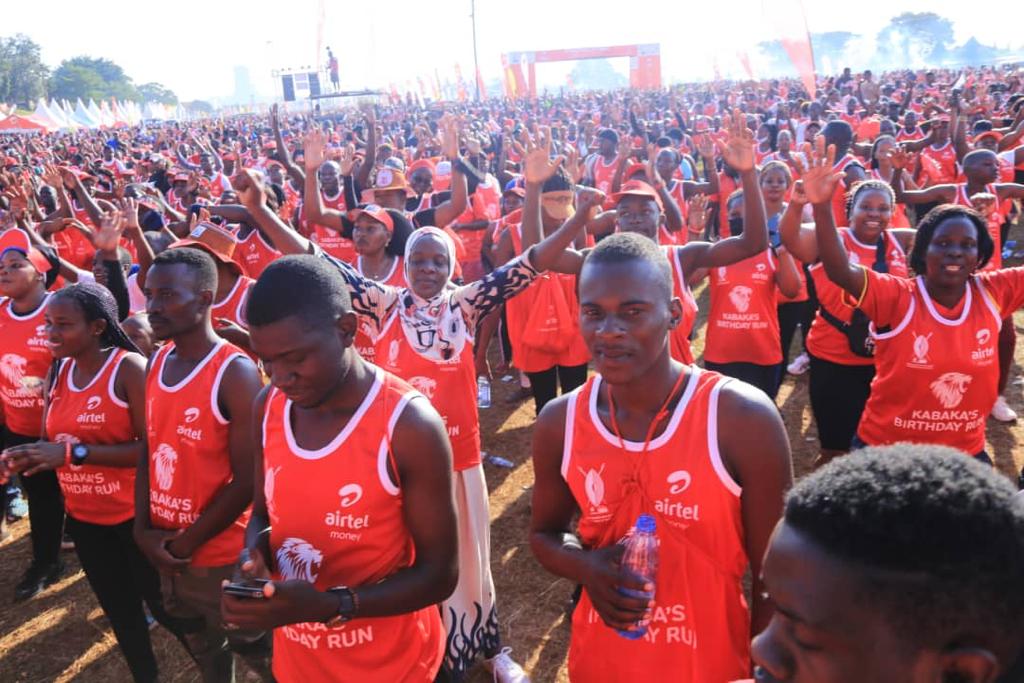 With the Katikkiro Mayiga and his team at the helm of the Kingdom’s Economic and Social transformation agenda, the naysers will have no option but get the wind back to their sail. The non – partisan Cultural approach to fighting poverty will with no doubt get the Kingdom back to its realms of glory.