ANDREW MWENDA: Bobi Wine can use his popularity to broaden NUP’s appeal beyond its radical extremist base

by Watchdog Uganda
in Op-Ed, Politics
14 0 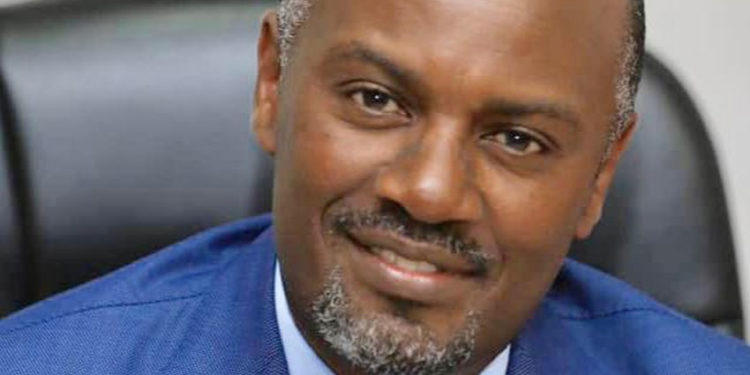 On June 19th 2022, France’s ruling party of President Emmanuel Macron, lost its absolute majority in parliamentary elections. The biggest winner was the National Front, a right wing party led by Marine Le Pen. It increased its seats in parliament from 8 to 90. How did Le Pen grow the NF from the fringes of French politics to become a potent force? In my column last week, I discussed what she did and the lessons Uganda’s opposition can draw from it.

On February 8, 2022, BBC’s Steven Sucker hosted Marine Le Pen on the Hardtalk program. Le Pen is the leader of the National Front (FN), a right-wing political party in France. The interview was about the May 7th presidential election in France where Le Pen would later get 41.5% of the vote against incumbent Emmanuel Macron. This was up from the 34% she got in 2017 against Macron. The FN was founded in 1972 by Jean Marie Le Pen, the father of Marine. The old Le Pen was its leader until 2011 when he resigned. His daughter succeeded him and has run the party since.

Now back to the BBC Hardtalk interview. Le Pen has adopted a more centrist stance, away from the hard-hitting anti-immigration, anti-Islamic and anti-EU rhetoric her party and her have always articulated. This change has enraged her right-wing base and even caused her own niece to back a different candidate. Le Pen’s father denounced her as an appeaser. Sucker claimed that moderation has sucked enthusiasm from the NF party, losing its core support-base of right-wing radical extremists. He even suggested that her performance in the May elections would be poor.

Le Pen was not moved. She agreed with Sucker that moderating her party position has lost the party some of its right-wing base. However, she added, it is also making the NF appeal to the broad majority of French people. It is losing a small number in exchange for gaining an even larger one. She added that she does not want to “add division over division”, to “go over the top,” to “incite violence and brutality” in her campaign. She punched Sucker with a brilliant right hook when she said in the past BBC criticised her for being extremist and now that she has softened her tone, the same BBC are criticising her for being moderate.

Then Sucker asked why she had changed from advocating that France leaves the EU. She said her EU stance had forced the EU to change and become more amenable to French interests, thereby negating her previous position of France leaving the union. She referred to changes in the EU monetary, agricultural and trade policies and added that by making these changes, the EU had shown that her criticism was right. She said, we realised that if we work with our allies inside the EU, we can cause a lot of change. If we succeed, it makes it unnecessary to leave the union. It was again an important insight: her party has particular policy aims. If they are achieved, then her position changes as well.

Towards the end of the interview, Sucker asked her what she thinks she has achieved in French politics. He said politics is about winning but Le Pen had lost the previous two elections and polls were suggesting she was going to lose this one as well with an even larger margin. She said although her and her party have never won an election for the presidency, they have won many ideological victories, causing a major policy shift among French political parties. She said that it was because of the struggles of her party that the immigration issue has become central in French politics and is now embraced by other political parties, globalisation is rejected in France today because of her party’s efforts, that is also the reason the EU has been reformed. On this list she added localism and secularism.

This article is not about Le Pen and French politics but about politics in Uganda, especially the lessons for the opposition from her attitude. The opposition, especially the radical extremists of FDC led by Dr. Kizza Besigye through “Defiance” and its offshoot, People Power led by Robert Kyagulanyi (aka Bobi Wine) that now branded itself as NUP need Le Pen’s insights for their own political strategy. I have always felt that Besigye had less ability to tone down the radical extremism of the opposition because as a Westerner he lacks an ethnic base. If he toned-down he can easily be accused of selling out to President Yoweri Museveni. However, Bobi Wine has a strong ethnic (Baganda) and religious (Catholic) base. He can use his popularity to broaden NUP’s appeal beyond its radical extremist base without losing too much support.

So, what are the lessons from Le Pen’s strategy for our embattled opposition? First, unless a political party moves from the fanatical extremist fringe on public policies to the mainstream, it is most likely to suffer stunted growth. Ideological purity has a tendency to attract very fanatical and loyal support filled with enthusiasm and zeal. Granted! But it also limits the ability of such a party to broaden its appeal, thereby stifling its growth. Of course, there are always exceptions to such a rule. But to overcome such a handicap and win in spite of (or even because of extremist positions) such a political party would need very unique circumstances that are rare to find and/or difficult to recreate.

Second, that a political party needs to go beyond being against something and stand for something. Defiance and People Power have one goal –Museveni agende i.e. Museveni MUST go. They have failed to make any appeal beyond the push to remove Museveni to presenting themselves as an alternative to Museveni. As a result, people know what they stand against but hardly anyone knows what they stand for. Even where they have articulated their case, it has been emotive issues of human rights and fighting corruption, but rarely and poorly do they present an alternative assembly of policies and programs to solve Uganda’s problems.

Third, even where they have articulated some policies, they seem to be oblivious of the gains that they have realised. For instance, pressure from the opposition has been central in expanding democratic space, in forcing government to put in place many accountability institutions and measures to combat corruption and protect human rights. Yet even here, they have not recognised the effect of their efforts on government behavior.

This is because they have defined their goal solely as capturing power, not in advancing any particular set of policies. It means that even the limited policy and governance positions they take are not deeply rooted in their politics but mere convenient slogans in their pursuit of power. Consequently, even when they win victories on policy, they remain feeling empty and defeated because policy has never been their aim – their aim being power and nothing more and nothing less.

ALVIN KATTO: Why Sales Is the Best First Job For New Graduates