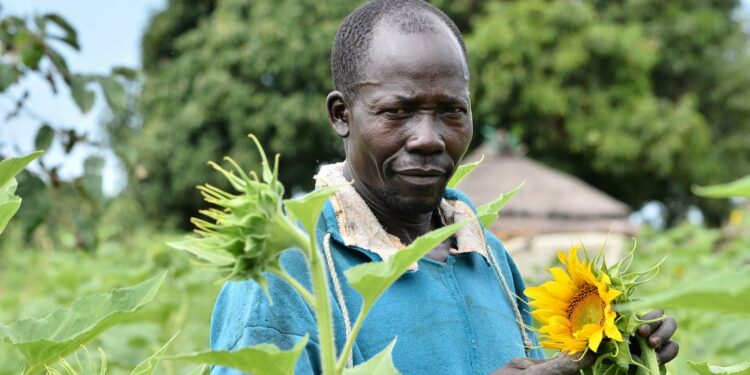 On Sunday of 19th June 2022, while at Entebbe International Airport, I bumped into Businge Rwabwogo, General Manager Operations at Mukwano Group of Companies. We stayed together at concourse and engaged in different conversations. One area that crowned our discussions was sunseed cooking oil scarcity in uganda and the region at large.

Sometime in March this year, I had approached him to inquire the availability of sunseed cooking oil since I had a prospective customer that required 2800 metric tons of sunseed cooking oil in the neighboring country. His answer was no. He assured me that whatever is being produced is consumed and in fact, it was not enough to serve internal market in Uganda. He also informed me that the little quota reserved for export was upfront booked for the next two or so years.

In May 2022, my in-law approached me to inquire about availability of sunseed cooking oil since she had an agent who needed 100 metric tons of it to export to USA. Of course, my answer was in negative. My mind was baffled by many questions as to why there is huge demand of sunseed (sunflower oil) but with less production.

I chose to approach Mukwano Group Managing Director for answers to these lingering questions on the mismatch between sunflower oil need vs availability. I phoned Alykhan Karmali-AK who attended to me and volunteered information on the sunflower- sunseed oil production cycle. From purchase of seeds to bottling/packaging of sunflower oil. By the time we ended our telephone conversation, it was clear that there is a variance between the sunseed oil produced and needed.

Sunflower growing in Uganda begun around 1920s with little production. Mostly the harvested products were for export. The peak was around 1960s when Uganda exported 276 Metric tons. In 1970s, production dropped drastically due to Amiins economic war. In fact, between 1973-1979 Uganda exported less than 10 Metric tons.

In early 1980s, Uganda suffered acute shortage of cooking oil due to the economic meltdown at that time cushioned on the expulsion of Indians and Asians. This conceded with return of Otega to Uganda from exile. She came at time of writing her Masters dissertation. She chose to resurrect the sunflower growing and sunflower oil production in Gulu. With assistance of Canadian High commission and late Bishop Kihangire Scalabrini of Gulu Catholic Diocese, she installed two machines to process sunflower oil. The Canadian high commission had given her 17 tons of sunflower seeds, which she gave the local population to grow. This somehow resurrected the sunflower growing and processing again.

In 1991 or so, Mukwano industries through the Lira factory engaged the local population in growing of sunflower. The arrangement was and has been that Mukwano procures high yielding seed varieties, distribute to the local population who in turn plants, looks after the gardens, harvests and supply to the factory. Mukwano supports the locals with farm equipment, seeds, provision of extension services among others. On top of that, Mukwano has built six village centers(stores) where farmers take the harvests. These centers have been strategically built & positioned to ease on the would be high costs of transporting seeds.

This has been the most successful story/strategy to support sunflower growing but also to support local farmers’ incomes. In total through this initiative, Mukwano has collaborated with 107,000 farmers directly in only Lango sub region. No one can underestimate the impact of this engagement on the Langis livelihood. In fact, Sunflower cooking oil is called golden product of Lira.

The potential socio-economic importance of sunflower can be perceived in light of its ability to satisfy the edible oil needs of Uganda and as a possible source of cash income for the farming population. It has been estimated that sunflower can satisfy approximately 60% of Uganda’s edible oil needs. It has been heralded as the only hope for Uganda’s edible oil industry in the short-run because of its potentially high oil content (20-50%).

Rita Laker-Ojok (1986), that sunflower production has been observed and its processing offers one of the few rays of hope for revitalizing the local economy in Northern Uganda in particular in the long run. However, this product if well promoted it can be source of livelihood to also west Nile, bunyoro and some parts of Buganda region. Because oils are high in calorie content and contain certain essential fatty acids, it has been suggested that increased edible oil consumption would improve the overall nutritional status of the country’s population. Uganda’s need for edible oil is estimated to be 200,000 MT/yr by 2017. If sunflower were to supply 60% of this, there would be a need for 120,000 MT of sunflower oil. If expanded, sunflower production would generate agro-based industrial activities and would create employment, increase household incomes.

Before over-estimating the possible contribution of sunflower, however, it is important to note that sunflower will be grown only where the infrastructure can support a cash crop; ie. Where there is a mill and an adequate marketing and transportation system. Sunflower is not a subsistence food crop. If sustained production for cash sale is to take place, the producer must be able to realize an attractive net profit over the full costs of production including family labor.

Similarly, the demand for sunflower is a derived demand, depending directly on the demand for edible oil in the economy and the ability of local processors to compete effectively with alternative sources of oils and fats on the international market.

What can the government do?

Through the many current economic emancipation initiatives, government should procure sunflower seeds and distribute them through a known agent like Mukwano Group to the population.

Sunflower takes between 85-105 days to mature. If substantial tons of seeds are procured and supplied, grown and processed, the cooking oil scarcity will be sorted in just a few months. Instead of PDM money distribution directly, use it to buy sunflower seeds. Mukwano group and other similar companies have the capacity, experience, knowledge and exposure in sunflower growing ecosystem. Palm trees growing which would be the next alternative will not give us quick intervention. Besides sunflower growing allows mixed farming. Whereas it’s a cash crop, it allows mixed cropping with other foods.

Therefore sunflower growing would solve three issues at ago, incomes from sale of seeds, manufacture of cooking oil as well growing of food to support home nutrition and food consumption.

Cooking oil is essential product for home and commercial use. Bakers are crying, chapatti vendors no longer make profits for their businesses. In Kampala alone and even other cities and town councils, thousands of youth derive their livelihoods from chapatti business-( kikomando, rolex). Cooking oil is major indregeient in processing chapatti.

Therefore, let government make a quick intervention on this dare need. The war in Ukraine and Russia is not about to end and this would urgently demand quick interventions in some areas like cooking oil. Let us struggle with items out or reach like fuel. Sunflower cooking oil can be another gold for Uganda.

Museveni in Kenya ahead of regional security meeting