SAMUEL LUKANGA: The prevalence of youth participation is hideous and ill-suited; the Intergeneration is also terrifying 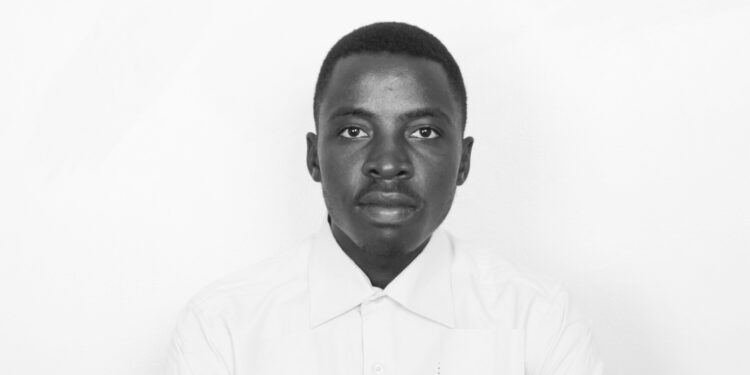 Youth is now becoming a depressed segment of society, there are degrees but no jobs, there are universities but no professional education, there are schools but different education systems between elite and poor, there is a government but not a proper policy as to how they can solve these issues.

The government should realize the situation and take quick measures to save the future of the nation. Otherwise the situation may make the youth choose more destructive paths that will be detrimental to our society and country at large..

Youths have a very important role to play for society. For that we need to know why youth are so special. It is so because they are young, full of energy and educated with rationality as their ultimate belief.

In reproduction, for youth it does not mean increasing the population but it means that they full fill the position left by the elder. Just like how sons usually take up the position of father in a families.

For as far as protection is concerned, youth are expected to protect their culture and tradition while at the same time make it better and embrace changes in the society. For instance it is the youth only who becomes a part of political movement for a major change in a country. They become part of the armed forces too, to safeguard the freedom of people and so on.

The growth of a country in all the spheres be it Social, political and economic mostly depends on youth only. With a fresh energy, youths can perform better and ensure the growth of society.
There are many other roles of youth in the society. They are like the leading character of a movie. Youth also take care of old ones who are now going to be dependent.

It is common knowledge that Uganda has the second youngest population in the world with about 78% below 30 years and half of that below 15 years.

When assessing perceptions of relationships with adults, youth also became more positive towards working with adults.

Youth have also developed more positive perceptions of adults. This is quintessential if individuals and agencies are going to provide youth with the positive experience that is tantamount to their attaining a healthy, constructive adult life.

With affirming relationships being the center of positive youth development, young people feel a strong connection with adults and their community if they are to inculcate the skills needed to serve in leadership roles.

Research has suggested that focusing on intergenerational experiences where youth and adults interact and share common goals helps them to reduce negative attitudes that can dishearten the ability to nurture youth leadership.

The connection between youth involvement within the country and their involvement as adults have been well scrutinized. Research studies have continuously shown that young people who are civically engaged in their country are more likely to serve as leaders during their college days and later in adulthood, a progressive narrative that is being blocked in Uganda.

One valid reason youth desire to have leadership roles and contribute to their country is because it provides a sense of mattering and feeling of being able to make a difference. In turn, ethics serve as a by-product of service, a characteristic that is valued among all who recognize moral character and civic responsibility as a virtue of leadership.

Moreover, service to the country can move young people beyond their idealistic worlds, thus allowing them to be empathetic to the needs of others. As a result, there is a sense of urgency to embrace the concept of being a leader.

The perspective on what young people need is invaluable and should be considered by those youth development specialists who have the task of planning programs. Accordingly, most of the youth participants are given opportunities to practice and refine those skills while building confidence and stronger positive relationships with peers.

This intentional form of leadership development affords youth with the ability to overcome any hesitation to take on leadership roles. This is an initial stage in equipping one with what is needed to be an effective leader.

Evidence has also revealed the importance of adults providing critical support to youth so that young people have opportunities to hone in on their skills and are not beset by frustrations that may arise in the decision-making process.

While many youth programs should be commended for the support they provide, several struggle with capitalizing on the intrinsic leadership abilities possessed by youth. There is often a focus on building skills instead of giving an opportunity to assess how much their leadership abilities have progressed within a given period of time.

Youth should be seen as “experts” who are very much aware of what occurs among peers within their country.

Countries have leaders. Whether the leader holds a traditional position of authority, or is just a charismatic person who assumes the role, the leader’s personality, values, and behaviors have a major impact on the culture of the country.

Intergenerational conflict tends to arise between different generations as a result of prejudice, cultural, social or economic discrepancies. Problems can also arise as a result of the vastly different communication styles exhibited by workers born in different eras.

For a leader who takes the role seriously, ensuring open dialogue is essential. Youths deserve a calling in youth based development dialogue.

For God and my Country Uganda!