FARUK KIRUNDA: UPDF Is Capable Of Doing More And More, With Army In Charge, Northern Bypass Wouldn’t Have Taken 25 Years 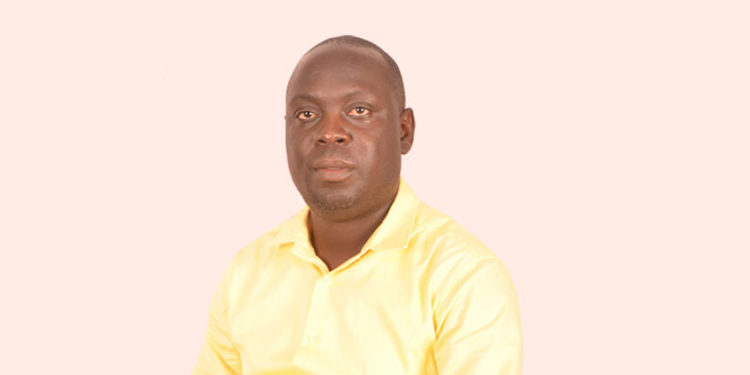 In a July 1 (2021) letter, President Yoweri Museveni directed that all new government school and hospital projects should be handled by the UPDF Engineering Brigade starting in the current (2021/ 2022) financial year.

The President reasoned that the move would help avoid the delays that have hampered government projects by (civilian) contractors.

He attributed the mess to “lengthy procurement processes and in other cases, corruption perpetrated by some unscrupulous government workers”.

Museveni was certain that the delays in implementing government construction projects could be prevented by utilising the army construction brigade to undertake these works.

As soon as the president’s directive became public, a furious debate ensued with sections of the elite, media, civil society, political class and public lambasting the president’s proposal. Some of those opposing the ideas have vested interest and are powered by conflict of interest. They are responsible for corrupt tendencies and bureaucracy that are letting down government on service delivery. Others are the usual cynics who oppose anything that the president says while others are simply oblivious of the army’s role while others are just envious.

They failed to take into consideration the justification which the President accompanied the directive with including that UPDF’s Engineering Brigade has built capacity to handle several projects ranging from simple, high level, and then to advanced construction projects. Wherever the army has worked, he added, a lot of money has been saved. He noted that the practice of using private contractors is a great wastage of government resources, a practice he usually describes as “parasitism”.

There is no question about the fact that a lot of money is wasted on hiring private contractors who then go on to connive with civil servants to rip off government while at the same time delivering late works, which may turn out to be shoddy. The UPDF, on the other hand, with its military culture, usually delivers quality work in good time and at a “tax payer friendly” cost.

It’s on record that some private contractors spend up to 60% of the total contract price in bribing officials in procurement in order to win jobs. By the time they embark on the work, the money is depleted. The only option left is to acquire poor quality materials and less skilled workmanship, resulting in poor quality work.

In the past, the UPDF has constructed several facilities in the country including the Namugongo martyrs shrine, Mbuya military referral hospital, Kololo independence grounds and housing units in various army barracks throughout the country. It also constructed UPDF Mubende hospital that provides artificial limbs to soldiers who lose limbs during war as well as the new Shs7.9 billion state of the art facilities at the National Institute of Leadership (NALI) at Kyankwanzi.

The army has also recently finished work on the SFC headquarters. It also helped revamp the old railway line in preparation for works on the modern Standard Gauge Railway (SGR).The same UPDF Engineering Brigade was

involved in the clearing of the floating island that threatened to swamp Nalubaale dam at Jinja last year.

As we talk, Uganda National Roads Authority (UNRA) has signed a Memorandum of Understanding (MOU) with the National Enterprise Corporation (NEC), the commercial arm of the UPDF, to undertake road construction and maintenance projects on various sites and stretches of road all over the country. UPDF has overtime built professional capacity to perform other tasks beyond its core security function and are capable of excelling in almost any field where their expertise is required.

The army’s involvement in works is part of the plan for increasing local content in the country’s works and infrastructure sector. UPDF is not a foreign army, but an indigenous and professional force is ready to serve Ugandans at all times, and I thank the officers and men of the forces for making Uganda proud!

Infrastructure and matters of development are more less a security matter that needs to be attended to without further delay.

Ugandans should, therefore, not be worried by the President’s directive because it is at the heart of their interests. Only enemies of Uganda’s progress should be displeased. Moreover, not all projects will be taken

over, since the government’s broad plan is to create employment opportunities for all Ugandans. Only those of strategic interest will be prioritised for takeover. Uganda is being held back from attaining middle income status by avoidable bottlenecks that should be cleared as assurance for the next phase of transformation where time and resources must be optimised.

The army can be trusted not to disappoint since Museveni will be fully in charge and the army operates a strict legal framework where acts of corruption and negligence are not treated lightly unlike in civilian courts where the corrupt bribe their way out and even return to their posts to do more havoc. In the army, it is “hakuna mchezo” full time!

For that matter, the President has a firm basis for his decision which he reached after consulting widely. Ugandans should embrace it with both arms for efficient, reliable and timely service delivery. We should stop

making mistakes that hold us back from reaching the take off stage. Looking at the Northern Bypass, there is no doubt that if it had been contracted by the army it wouldn’t have taken 25 years under construction, and yet still remains incomplete!

The author is a Private Secretary to H.E the President in Charge of Media Management

ORTEGA IAN: It’s almost impossible to transform Uganda, not even in the next 50 years