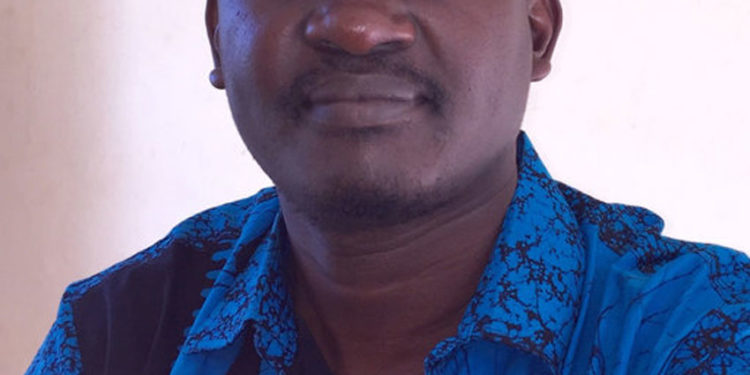 Aren’t you hearing the drums and fanfare on the streets of Uganda’s cities, towns and in villages?

Last night we did not go to bed, we partied all night at our small joint. The entire neighbourhood was filled with ululation. The current excitement in Uganda announces the joy of the swearing in of a very popular president. Old, yet ever new. Since 1986, he still strikes the same affectionate chord in our hearts. The celebration we witness now is akin to that at their triumphant entry into Kampala about 35 years ago.

Unpopular leaders hire mercenary celebrants and dress them up in their colours to give a semblance of joy and love that long flew out through the window. We don’t need to do that since our love is still real.

Have you seen those cute fighter jets flying gently over Kampala? They were generously fuelled by our supporters to add colour to the days towards the memorable Swear-in day. We did not want this to happen, but they thronged our offices with bags of money to facilitate the two-week sky show.

I have heard some deluded idlers saying that we have been doing all this to intimidate those who might have intentions of disturbing the function. That’s lousy smear talk. Who, in their right minds, would want to disorganise the swearing in of such a popular leader? In the unlikely event that such a person existed, which Ugandan will give them attention? It is party all over.

You might have seen a number of soldiers around the streets. These are not out to scare or shoot anyone. Why would we do that to people that love us this much? People that appreciated all the wonderful things we have done for them and wholeheartedly gave us their votes!

The soldiers you are seeing are out of the barracks on special request from the people. Due to the immense affection that our wananchi have for the men and women in uniform, they requested that we bring them out this week – just to have a glimpse at their beautiful camouflage, artillery, and to appreciate them for the professionalism they have exhibited in this election season. They are out of the barracks to see love.

To those who say that the purpose is to intimidate citizens, are you trying to say that our government fears its people? Are you trying to insinuate that Mr Museveni is paranoid? Are you suggesting that this good government is unpopular and violent? Are you saying that our beloved liberators need to be protected from those they liberated?

When our president was declared the clean winner in January, he immediately gave a victory speech. Some of you have said that it was more of a quarrel not expected of a person who believed that he had really won. You sometimes get our president wrong. He was just sorry for those who did not know that he is the best thing that has ever happened to this country.

Scoring 58 percent in a rigged election should not shock anyone. Of course, as the president already told us, the opposition rigged. Otherwise, given our president’s popularity and achievements, in a free and fair election, he would have scored way over 80 percent.

The unfair play by the opposition was out there for all to see. Even if the president was angry in his victory speech, anyone would understand why. We all recall how towards the election day, the opposition ambushed and arrested the entire campaign team of the president and threw it in jail. Where does this happen in a sensible country?

You are just lucky that our president is very tolerant and understanding. If it had been opposition supporters that were being brutalised and kidnapped all through the campaigns, you would have heard the noise. The other day, only a handful of opposition supporters were forced to strip off their yellow T-shirts and some threatened.

Our dear president arrived at the nomination occasion bare-footed. Some opposition hooligans had roughed him up, and he lost his shoes in the scuffle. In which country does this happen? While opposition campaigners held huge processions unhindered, ours were battered all through.

Some of the president’s supporters will carry scars and disabilities all their lives in memory of opposition’s brutality. But we are not bitter. We still carry the burdensome hope that someday opposition supporters will be socialised out of their inhuman consciences.

Coming out of all this ugly persecution with victory, we found it ideal that this Swear-in day be declared a public holiday. Everyone should be able to celebrate unhampered. This idea was in response to demands from the public for an opportunity to express their joy without worries of work.

If you do not see people openly screaming with joy, just know that they are just overwhelmed by happiness into near numbness. Celebrate wherever you are. No worry, no fear. It is a free peaceful country.

We do not take your votes for granted. A few months from now, in appreciation for all your support, we are planning to throw you a few goodies.

A 30 percent tax on rentals, 14 percent on internet, and some more on fuel won’t be a bad idea. Don’t forget to pray for our beloved president every moment you talk to God – for longer life and more blessings for selflessly accepting to rule Uganda for life.

The author is a teacher of philosophy.