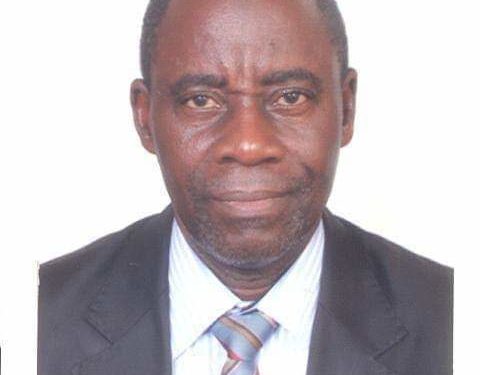 Let me congratulate the people of Uganda for going through one of the most challenging election since Uganda got independence. I also congratulate all those who worn the elections genuinely. To the losers, my message is that please don’t lose hope. Politics is dynamic and the next race will definitely be different from this year’s election. To the 11 presidential candidates, my message is that of sympathy and consolation, particularly for the suffering and injuries you sustained during the election. For the opposition candidates they were subjected to all types of persecution and humiliation.

Take the case of Hon Kyagulanyi, he lost more than 55 lives of his close supporters. But even President Museveni deserves the consolation, because of the bruises he incurred for being defeated in Buganda and Busoga. The bruises were visible on the President’s face when he addressed the nation on TVs from Rwakitura after being declared winner on Sunday, 17/2/2021.

One of the critical factors which made a fundamental difference in this year’s election was the wave generated by Hon Kyagulanyi. The wave or may be tsunami gathered momentum and transformed the election map of Uganda. It defied the monetization of election, which had blossomed during the last 35 years of the NRM rule in Uganda. Over 25 confident ministers, many of them swimming in seas of wealth in Museveni’s Cabinet woke up on 15 January, 2020 to realize that money had not worked for them and in fact they had lost to extremely under resourced NUP candidates.

Since the first election held under the NRM government in 1996 President Musveni has been winning Buganda and Busoga. This time he lost miserably and took 36%, while the Hon. Kyagulanyi grabbed 62% from Museveni in Buganda. In Busoga as a Region, Hon Kyagulanyi collected 437, 059 against 404,862 for incumbent President Museveni.

How has the shift in the vote pattern come about? Different explanations have been advanced, including high youth unemployment, income inequalities, overstay by Museveni in power, covid 19 mismanagement, neglect of Buganda’s demand for Federo and access to information through all forms of media. During the presidential address to the nation immediately after being declared winner, president Museveni alluded to tribalism.

Very few analysts have come out to put the persecution and oppression of opposition candidates in its proper perspective. The wave {amasanyalaze} around the personality of Hon Kyagulanyi have been fueled by two factors. First, Hon Kyagulanyi distinguished himself as a strong political contender with exceptional ability for mobilization and conversing votes and support by the pro change opposition in Uganda. This emerged in his victory of the of Kyaddondo East parliamentary bye-lection in 2017.

Secondly, the level of persecution and oppression of Hon Kyagulanyi and the entire opposition fraternity has been increasing. Persecution involves many aspects of injustices towards the opposition. It includes double standards in the application of the law. It further includes misuse of public resources including public funds and public human resources; illegal arrest and concocting trumped up charges against opposition; Intimidation of civilian through deployment of combat ready soldiers and war equipment such as mambas against civilians who are not armed, use of state security including police, UPDF, SFC and intelligence organizations in a partisan manner to harass and intimidate its citizens, press, and political opposition; violation of rights of opposition such as arbitrary arrests and detention without trial, prosecution of civilians in military courts, and all types of torcher of civilians.

The highest form of persecution and oppression is cold blood murder of civilians who are not armed. Unfortunately, the peaceful pro-change political activities in Uganda have not been spared from spilling blood and destruction of lives. This includes targeting to kill Hon Kyagulanyi himself. Following various attempts on his life, Hon. Kyagulanyi had to acquire a bullet proof jacket to enable him to carry on with his political campaigns.

On November 18, 2020, presidential candidate Kyagulanyi was arrested and his supporters demonstrated in protest of the arrest. Security agencies under the command of President Museveni killed almost 60 unarmed civilians. This contributed to the generation and building momentum of the wave around Hon Kyagulanyi which was witnessed in 2021 general election. Rather than tribalism, it was actually, the persecution and oppression of opposition which played a major role in overthrowing the NRM from Buganda and Busoga.

Let me conclude with the following 2 simple messages. To the opposition or pro change, I give you an A’ Level General Paper question to ponder upon: In light of the foregoing discussion, how far true is the kiganda saying that ‘Ensi egula mirambo’ ie Winning state power requires sacrifice of lives?

To the NRM the point is persecuting and killing opposition members does not deter or weaken the opposition. Such overreaction will generate sympathy of the people to opposition and stir the anger which will be turned against the ruling party at the right time. This pattern was not new in the 2021 election. It was the same patters that emerged from the bi-election in Bugiri municipality in 2017 where Asuman Walyendo was killed by state agencies and Asuman Basalirwa emerged winner. It was also replicated in Arua municipality bi-lection where Yasin Kawuma was killed and Kasiano Wadri took the constituency.