ASHRAF SIMWOGERERE: With Gen Muhoozi’s tribal sentiments, I don’t think even westerners he is proud of can allow him become President

by watchdog
in Conversations with, Op-Ed
91 7 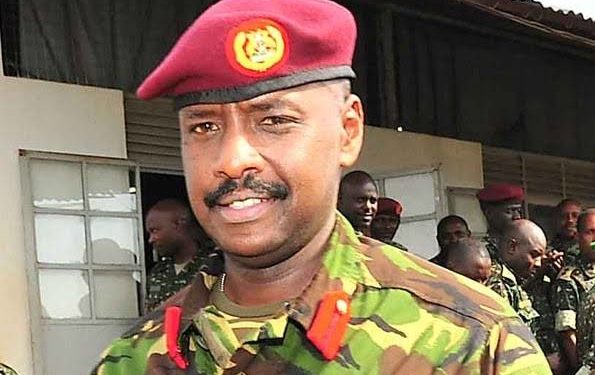 U.S. President Ronald Reagan in 1984, during the “second Cold War, while preparing for a scheduled radio address from his vacation home in California, while testing a microphone, Reagan joked saying that; “My fellow Americans, I’m pleased to tell you today that I’ve signed legislation that will outlaw Russia forever. We begin bombing in five minutes.”

The joke nearly cost Reagan his second term, when his rival senator Walter Mondel capitalized on it during campaigns. That Reagan had woken from a drunken stupor.

“Oh dear! Kabobi kangye! Why is he dressed in red from neck to toe? Trying to be a soldier with absolutely no training. Someone tell this young brother of mine that we are going to beat him very badly in the polls,” Muhoozi tweeted.

The commander of SFC went further to clarify his point in another tweet that; ”Ngu ‘Musinguzi’? Mbwenu ogu akasingura ki? (I hear Musinguzi (he who wins), now what did he win?) This is an insult not only against Banyankore but against all the tribes in Western Uganda.”

I dont want to believe that it is Muhoozi himself who put on that tweet. I believe its his handler whom I may not describe like the American sound engineer.

Mr Balamu Barugahara, I have seen some posts of yours promoting General Muhoozi to be our next president. TAKE NOTE. I’m not against his becoming president because its his right as a Ugandan. But handle him good for the post.

With such tribalistic tweets, I don’t think even the westerners he is proud of shall allow him. Furthermore he is a serving General who is supposed to be impartial politically.

Sincerely as a graduate from Sandhurst Military academy, I still doubt whether he can make such a mistake. Otherwise if it is General Muhoozi himself that tweeted then I agree with Hon Kyagulanyi who tweeted;

“Tweets from Muhoozi Kainerugaba, Dictator Museveni’s son! Museveni gifted him with rank of Lieutenant General! I guess he deleted the tweets after waking up from a drunken stupor!”.

Please Mr Balaam get a professional handler for the first son otherwise I see the reflections of sons of: Ghadafi, Sadam, Mubarak, and Mobutu. And please don’t read their success but their fate.

Like President Reagan who made a joke that nearly caused a world war, General Muhoozi a first son and commander of the elite SFC, shouldn’t make such mistakes get him a good handler to handle his excitement, otherwise we are doomed.

For God and my Country.
Ashraf Simwogerere.

DENIS JJUUKO: A year of despair yet we shouldn’t lose hope

DENIS JJUUKO: A year of despair yet we shouldn’t lose hope