by watchdog
in Conversations with, Op-Ed
58 4 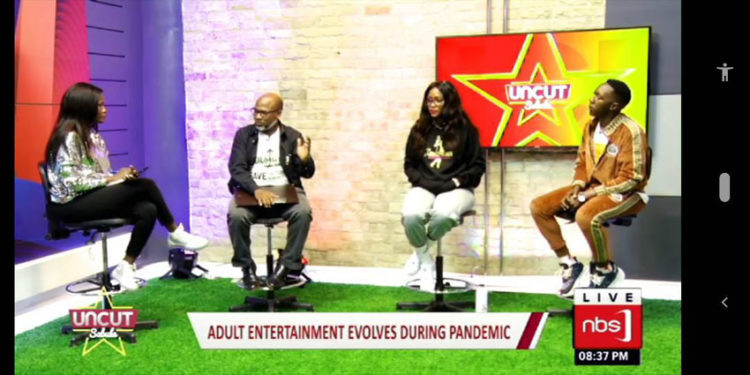 This is my second and last open complaint about #NBS #Uncut show. Still my question is; why do you invite guests to give their views on a topic but later on shut them down/over shadow their views? Instead, it becomes a lecture to them, or a waragi gathering,where the loudest (not the wisest) takes the day! #Banange, how can your viewers get EDU-TAINED through noise?

And this young man called #Kayz, who told him presentation is about undermining your guests???!! Why not give your guests some respect and decorum??! How can you want to build your name by degrading others??!! I say nooo….

Was so annoyed on how he handled #DoreenKabareebe.

#Kayz, you can only dispute #Doreen’s virginity claim only if;

(b) You have taken her for a medical examination and a qualified doctor checks and finds otherwise.

I think #Anatalia #Ozie did a good job, trying to put you to line but you seemed to be under going your adolescence, unfortunately,….on air.

If I was #Kabareebe, I would have walked away. First of all, if you wanted to talk about sex, you should have invited self confessed #BadBlack.

Apart from your imaginations, Doreen hasn’t told you about any of that line you want her to tow with you!
We’ve been in the media for long but we always give a benefit of doubt to story tellers, that’s why we add, “reportedly, allegedly, said to have…” You don’t confirm if you don’t have evidence. You were talking about Doreen’s sex life more confidently than the owner knows herself!

I’m a soldier, I don’t fear anyone, says Anti-corruption Unit boss Nakalema as she vows to crack whip on ‘untouchables’

I'm a soldier, I don't fear anyone, says Anti-corruption Unit boss Nakalema as she vows to crack whip on 'untouchables'