GEORGE MUHIMBISE: Why Museveni should be preparing to leave power after distressing NRM primaries 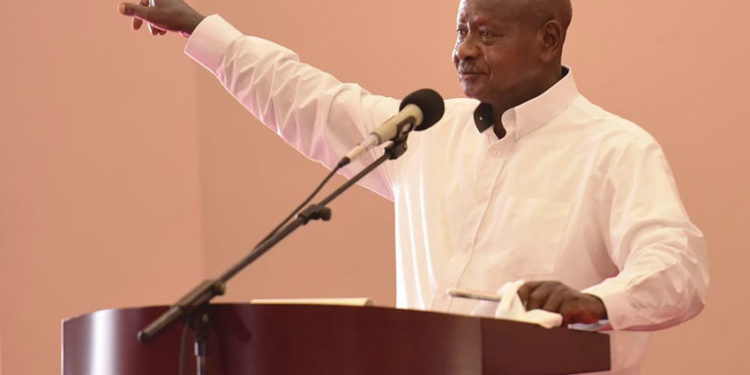 Last week, over 100 NRM incumbent MPs including over 20 Ministers lost their bids to join the next Parliament during the NRM Primaries.

The protest vote against these incumbents was a reflection of poor service delivery & general government failure in the country. If the NRM manifesto had been well implemented on ground, we wouldn’t see the NRM senior leaders who are the symbols of government in the countryside being defeated humiliatingly.

If the people of Koboko couldn’t see the NRM development that Anite brought or those of Ntungamo can’t see the development brought by Rukutana, those of Karamoja can’t see what Fr Lokodo has done etc, then where else has government performed if it can’t perform in the territories manned by the powerful ministers?

The biggest challenge with our people is that many of them think that its lower leaders who don’t perform while Museveni has no problem. There has been a deliberate propaganda that Museveni sends services or funds to the population but the local leaders don’t deliver them which is sad.

Unfortunately the local or lower leaders have also joined the chorus in singing this absurd narrative of, “Museveni is good while others are bad”. Its this stupid mentality that has made NRM leaders choose Museveni as a sole/sorry-candidate when themselves are subjected to fraudulent primaries that eliminate them one by one!

I almost shed tears seeing Hon Kadaga wise as she should be, crying crocodile tears when Namuganza was tearing her apart arguing that she was being fought yet she helped Museveni in removing age limit.

Even if you were playing transactional politics, how naive would you be to allow Museveni win unopposed while you are subjected to elections that are unfair?

Ugandans seem to be as naive as their leaders, because they all fall prey to the same trap. They should know that Museveni is like a Coach or a manager of a football team, his role is to organise his players to win a trophy. He is like a Chief Executive Officer of a company whose role is to deploy resources for the success of the company. He is like a choir leader whose duty is to organise his singers to be able to sing well while on stage.

When a choir doesn’t perform you chase the entire choir with its leader. When Barcelona was defeated by 8 goals they didn’t chase the players but the manager. When a Company fails to make profits, you change the CEO especially when you have been changing the staff for many years. This explains the adage of the fish rotting from the head!

Therefore when the republic of Uganda is mismanaged, with corruption at its peak, with poverty levels on the increase, quality of social services deteriorating, unemployment levels surging etc, its not the other lower cadres to blame, its Museveni to carry the big cross because he is the Chief executive Officer of Uganda.

His failure to create a system or a team, that can deliver services to the people makes him solely responsible for all the problems including those caused by the people under him.

When the Pope announces something in Vatican, it trickles down to the remotest catholic church simply because the church has been built as a system! For Museveni he hates systems, he is a system himself, a policy, a law, the state, the party, the everything! He is a kind of a Pope who would want to lead a mass in Bukomero in Kiboga or Busanza in Kisoro! Unfortunately he wants to carry credit for the good while blaming others for the bad!

The MPs, LCVs, LC3s etc who are voted out are just sacrificial lambs who have always lost their seats Innocently. Ugandans should turn their guns to Museveni & nobody else.

The Alliance for National Transformation offers an opportunity for leadership that is well structured to deliver services to all Ugandans. We shall build institutions & systems that will create an enabling environment for every Ugandan to thrive regardless of religion, tribe, gender or education level. We have the necessary discipline, courage, will, desire, faith, capacity, competence & expertise to deliver the Uganda that all of us desire to see.