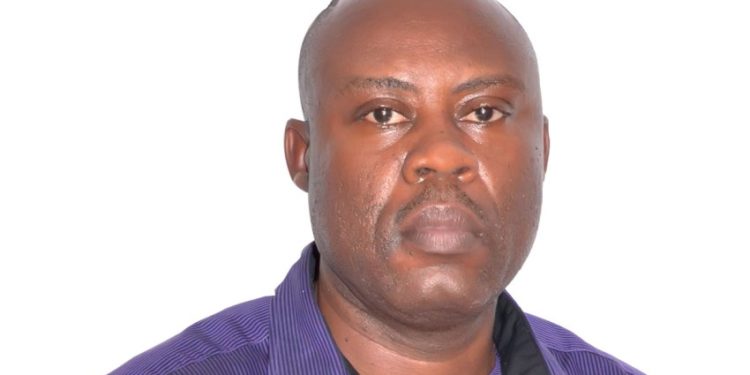 Until to date, the edible insect trade in Uganda is largely unregulated. Uganda National Bureau of Standards (UNBS) recently designed some regulations to guide edible insects value chain (DUS 2146:2019 Edible insects). Generally, the specifications are for grasshoppers, termites, locusts, and crickets. In Uganda, the edible grasshopper (nsenene) is by far the most common traded edible insect. The draft standard requires that the edible insect, whether, whole or granulated or powder or paste and either fried or dried shall;

Officially or unofficially, the grasshopper calendar is static with April-May-June and November- December seasons each year being the time to enjoy the tasty and crunchy snack. The seasons are very engaging for value chain players in Uganda and the region. Recently, while waiting by the roadside on a Kampala street, two young men approached and interested me to buy both the fresh live and those already processed into a snack. The live ones were on flattened open box surface, while the ready to eat were in a transparent plastic container with a scoop. Being very interested in this insect as a researcher, I engaged them and noticed how they freely touched them and obviously not so keen on hygiene, and unaware of the draft regulations by the UNBS.

What I noticed then is not any different with what is common regarding the value chain of this important insect except that now there is something un usual amidst us-COVID-19, to think and worry about and this kept my mind busy on whether these ‘dealers are aware their actions could aid the transmission of SARS-CoV-2, the virus responsible for COVID-19. With surging numbers of infections, it is possible that some key players may become infected, and their unhygienic actions may aid the transmission, especially with the ready to eat fried type.

A recent publication in the Journal of insect as food and feed concluded that edible insect production may not pose a great risk in the transmission of SARS-CoV-2 stating that If contamination would still occur, the fact that the insects in production are not hosts to SARS-CoV-2 precludes virus replication and the further processing of the insects will destroy the contamination, and the study concluded  that the hazard of edible insects being a transmission vector of SARS-CoV-2 is extremely low. Why is this so? The virus that is responsible for COVID-19, requires a living cell to replicate, but to bind to living cells, the SARS-CoV-2 must have the necessary receptors on the outside of the cell to bind first. Humans and related animals, have cells with a receptor ACE2. The cells high in the nostrils (external openings of the nasal cavity), in lungs and in the colon express an ACE2 receptor that can bind SARS-CoV-2. The ACE2 receptor is the same receptor that binds other coronaviruses, including the SARS or the MARS that caused pandemics in the recent past.

Why then are insects not host to SARS-CoV-2? Like other members of animal kingdom, insects also have ACE proteins, but because insects are a far away relative to humans according to evolution, their ACE proteins are so different from mammalian ACE2 and its highly unlikely that the ACE proteins of insects can bind the coronavirus SARS-CoV-2. No previous study has reported corona virus among the the micro-organisms present in insects.

Based on this, and by their nature, the edible grasshoppers may not pose the risk, but the human contact common with their trade especially the ready-to-eat should be an area to worry about. The ministry of Health should also include SOPs for this trade, now that the insects are being hawked in a ready to eat form.

The writer is a lecturer of Biochemistry, College of Natural Sciences, Makerere University
Email: krutaro@cns.mak.ac.ug
Tel: 0772822782

FR LAZAR ARASU: A better, healthier planet depends on each and everyone of us