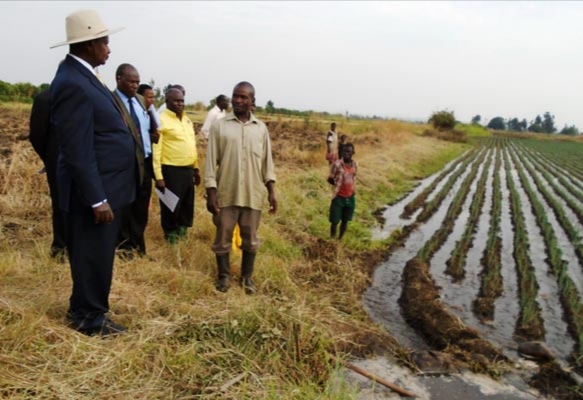 Share on FacebookShare on TwitterShare on Email
There have been unending issues to do with the management of the Kasese Mubuku Irrigation Scheme for quite some time.
The manner in which the operations are run still worries most of the farmers yet it is the only way through which they survive and get their livelihood.
The entire management is marred with incompetence of leaders at the top and mismanagement of society funds and equipment which has affected greatly the productivity of the scheme with time.
The farmers have always complained about the incompetence of the O/C of the Scheme a one Tibesigwa Lawrence, with a few of his colleagues regarding the dubious dealings they do that have left the entire projects failed and farmers disgruntled. Land grabbing remains a serious issue that is a time bomb  and likely to explode anytime.
There have been many instances where some members of the society who are originally farmers, after  passing on,  interests are grabbed, the beneficiaries lose completely and have no where to go. The most current and what is going on is how the O/C and a few of his colleagues have been secretly trying to transfer the interests of the late Mr. Charles Kisembo(Deceased)’s Farmland 6.6 without the knowledge of his entire family. This is a move intended to slowly eliminate all the indigenous farmers who had interests in the scheme.
To save the many other farmers that are facing similar challenges we need an investigation into the management of the scheme and also ascertain the root causes of the unending troubles and fights in the highly funded projects that are not benefiting the would be beneficiaries.
One still wonders why a retired civil servant Mr. Lawrence Tibesigwa is still  heading a government establishment yet there are other competent young people that have the skills and experience to manage and run the same in a much more appropriate way. No wonder most farmers have complained so many times about his poor leadership and management skills.  Ministry of Agriculture, where are you?
CAPACITY JONANI is a Concerned farmer and Entrepreneur. Reach him on capacityjonani123@gmail.com

Huge blow for Gen. Muntu as all his Kasese MP allies choose FDC over ANT

Will Bobi Wine and company have the last laugh after being branded populists for returning Shs20m covid-19 cash? 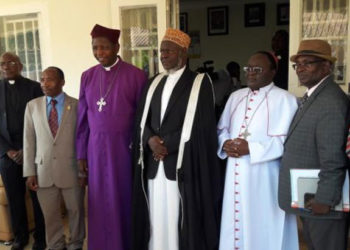 The Chairperson/President, Inter-Religious Council of Uganda (IRCU) Kampala. Dear Sir, This is an open letter though addressed to you in...

If you, Gen. Tumukunde Henry cannot marshal the defections of one or two Lieutenants General, half-a-dozen Brigadiers General, some Majors... 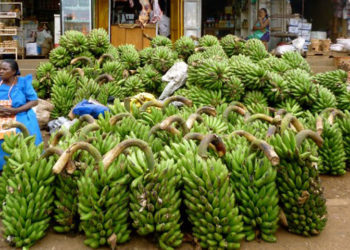 Will Bobi Wine and company have the last laugh after being branded populists for returning Shs20m covid-19 cash?

Was Kream Production singer Kemi clobbered for sleeping with a married man?