by Andrew Baba Buluba
in Politics
50 3 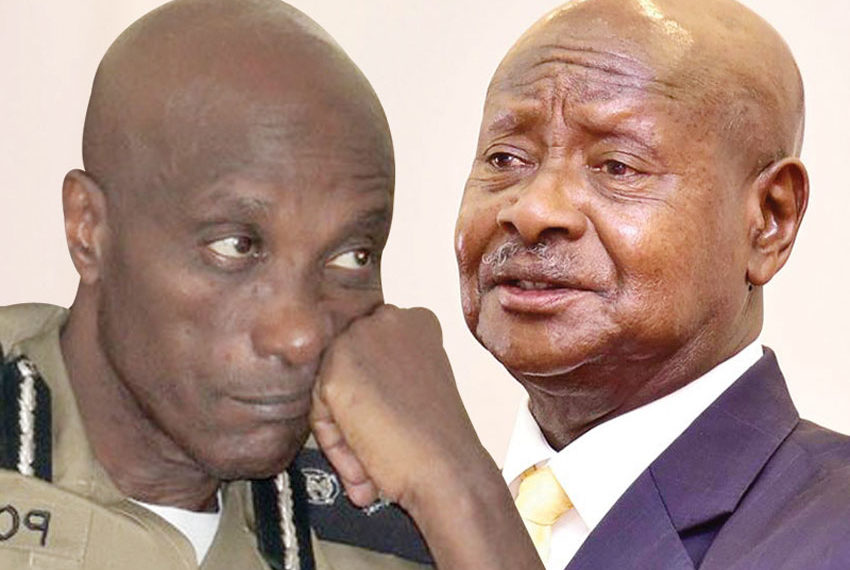 The next general elections will arguably be President Yoweri Museveni’s most complex challenge since 1996 due to the short time available to critically assess his most lethal challengers who are growing stronger each day that passes.

The emergency of Kyadondo East MP Robert Kyagulanyi Ssentamu as a formidable contender for the presidency had already given the NRM strong man enough headache.

The attack, shooting and arrest of People Power members in Arua was certainly uncalled for and surely, the Museveni administration must have realized their folly as it exposed a high level of intolerance and abuse of human rights internationally.

Away from that, it exposed Bobi Wine to the larger world with the issue becoming a global concern, making the political baby from Magere a global political giant just over night and it’s only wise to claim that Kyagulanyi has arguably been elevated to the second biggest threat to Museveni’s incumbency.

When Gen Edward Kale Kayihura manned the police force, such were mistakes that would not directly be heard of. Even though he was more lethal in the way he dealt with dissenting voices against his master, there was a way he always succeeded in cushioning Museveni and his government from public image damage. He had mastered the art of duping the public into believing he was ‘evil’ himself while portraying his master as a saint. When former Kayihura assistant Andrew Felix Kaweesi was killed in March 2017, President Museveni castigated the Kayihura police force as being “infiltrated by Kawukuumi”. By so doing, he was passing the blame to his shock absorbing police chief Kale Kayihura whose reputation had become expendable at the moment.

The appointment of a more professional Ochola as police chief meant that Museveni would no longer bank on the force for his political exploits. Ochola, heading into his retirement soon is very cautious about using the force to taint his clean image he has laboured for over the years. This explains why most of the dirty work has since shifted from UPF to other security organs.

Even Assistant IGP Gen Sabiti who is relatively younger and hungry for glory seems to be very careful in the way he aims at attaining such. He seems to value the fact that there is always going to be a new world after Museveni and putting his name on the line for the sake of protecting a regime in it’s evenings would not give much meaning.

After some time of panic decisions on Kyagulanyi, Museveni seemed to have put in place a number of mechanisms to keep his souring popularity under check. He rightly established that the power of music was Kyagulanyi’s biggest political asset and hence outlawing his music performances would cut him off from the public support and also tame his pockets.

He also saw the need of keeping the most popular artiste after Kyagulanyi at close range so he would be able to counter the People Power man’s strategy should all the others fail. That’s how Bebe Cool, an historical Kyagulanyi music nemesis gained a place in the inner circles of the presidency.

As if all the above were not enough, Museveni paid off most notable artistes that belonged to the Kyagulanyi camp as these were most likely to pull crowds for the Magere man which would would affect his re- election in 2021. That’s how artistes like Jennifer Full figure, Big eye, Eddy Kenzo, Catherine Kusasira, Ronald Mayinja, Otim Bosmic among others lowered their weapons against Museveni’s 34 year old administration.

When all this seemed to subside, Lt Gen Henry Tumukunde made a shocking announcement on his intent to stand for presidency,just less than 10 months to nominations. Naturally, Tumukunde’s proclamation was bound to cause panic and anxiety due to his prior proximity to the regime inner circles.

Ono bwino, a local Luganda weekly tabloid reported that Tumukunde’s Presidential bid had raptured the first family, fearing that the former regime chief spy would most likely disclose classified regime secrets. It was also reported that General Caleb Akandwanaho aka Salim Saleh had proposed that Tumukunde be reached out for purposes of giving him an offer that would subsequently convince him drop his presidential ambitions.

Secondly, this would provoke some senior Army officers who had remained loyal to also gang up against the aging Commander in Chief which would jeopardize his future political arrangements.

While appearing on NTV, former army Commander Gregory Mugisha Muntu revealed that 8/10 of the senior Museveni UPDF officers were dissatisfied with the regime but only stay put for fear of persecution should they dissent.

As such, Museveni chose that blood and iron approach as a way of punishing the unfaithful former Security Minister and also contain others within the army that would otherwise come out to defect. Its along these lines that in the most bold move, The presidential hopeful was arrested and charged of treason and has since been remanded at Luzira State prison.

The move has according to some political observers, soured Tumukunde’s political significance as 2021 draws closer. Even though it would be an overstatement to say that he will be Museveni’s closest challenger in the next year’s polls, Tumukunde’s bold position will go a long way in raising the morale of the change searching forces let alone demystifying Museveni’s invincibility within the UPDF.

The combination of UPDF strongmen Besigye, Tumukunde, Muntu and Sejusa on the opposite side is absolutely no reason for giving Museveni any peaceful sleep. In times like this where nothing seems to be going well for him, Museveni needs a strong person with an expendable personality to save his day. Since there are not many such men, Museveni might be left with no alternatives but to recall his lone established rock crasher General Edward Kale Kayihura. The only obstacle in the way in considering this option is whether the former Police chief would be willing to serve the regime that not so long ago sacked him embarrassingly.

However, there are a number of reasons as to why the decorated General wouldn’t mind making a maiden return.

First, Kayihura has scores to settle with his legendary foe Henry Tumukunde. The later, as a Security Ministry employed all his might to see the then police chief’s illustrious over decade long reign crumble. If Kayihura needed just one reason to come back and serve in any capacity, it would be this one in particular.

Kayihura may also not look at his sacking and subsequent arrest in bad faith. It ought to be recalled that by the time of his sacking, Kayihura was a wanted man at the Hague based ICC on accounts of returning foreign refugees to Rwanda and gross abuse of human rights. Had he not been arrested and charged for the same crimes in Uganda, he would definitely have been tried at the Hague. He might therefore want to pay back his savior Museveni by making an unexpected return. 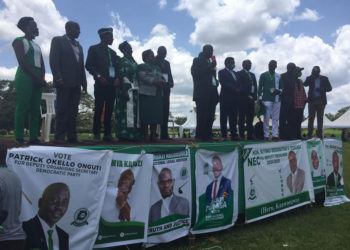 The Democratic Party (DP) members have said that they will not form any alliance with any political party in  the...

Mukono Municipality Member of Parliament Betty Nambooze has revealed why she is supporting Forum for Democratic Party (FDC)'s Erias Lukwago...

Most of the National Unity Platform (NUP) supporters have always been known for spreading negative propaganda against nemeses of their...