President Yoweri Museveni has assured the Chief Executive Officers (CEOs) of different companies that his government is focusing on a spectrum of strategic stimuli to enable them produce goods and services at a cheaper cost.

“The atmosphere of business in Uganda is influenced by a spectrum of strategic stimuli. The certain stimuli that are crucial for business to succeed. Now these stimuli are many. But I think the NRM is getting them right. They include first of all peace which is a very important stimulus. Like this area (Nwoya) was a war zone but you can see what is now happening now. We see hotels instead of guns. That stimulus is crucial and it’s continuing,” President Museveni said.

The President made the remarks during the 3rd Presidential CEO Forum Bi-Annual Private Sector CEO Forum at Chobe Safari Lodge on Tuesday.

The Presidential CEO Forum PCF is driven by Ugandans who are passionate about pursuing a movement of Uganda First which is set to drive the Private Sector expectations that will facilitate government to remain committed to attaining the middle-income status by 2025 and achieve vision 2040 as guided by the NDPIII framework.

Apart from peace, the President told the Private Sector CEOs that Education is also very crucial in driving businesses because investments need educated workforce and skills to run them.

“That should not be a concern because we already have over 15 learners in schools. Health is also crucial for the work force then you have research. But in order to assist in business, you need to narrow the focus on the stimuli. You need to focus on some strategic stimuli for business to grow. For NRM we added some strategic stimuli like roads. You can see the roads from Kitgum, Arua, Gulu and the Sudan side. We need to ensure that this country is linked with good tarmacked roads,” the Head of State added. 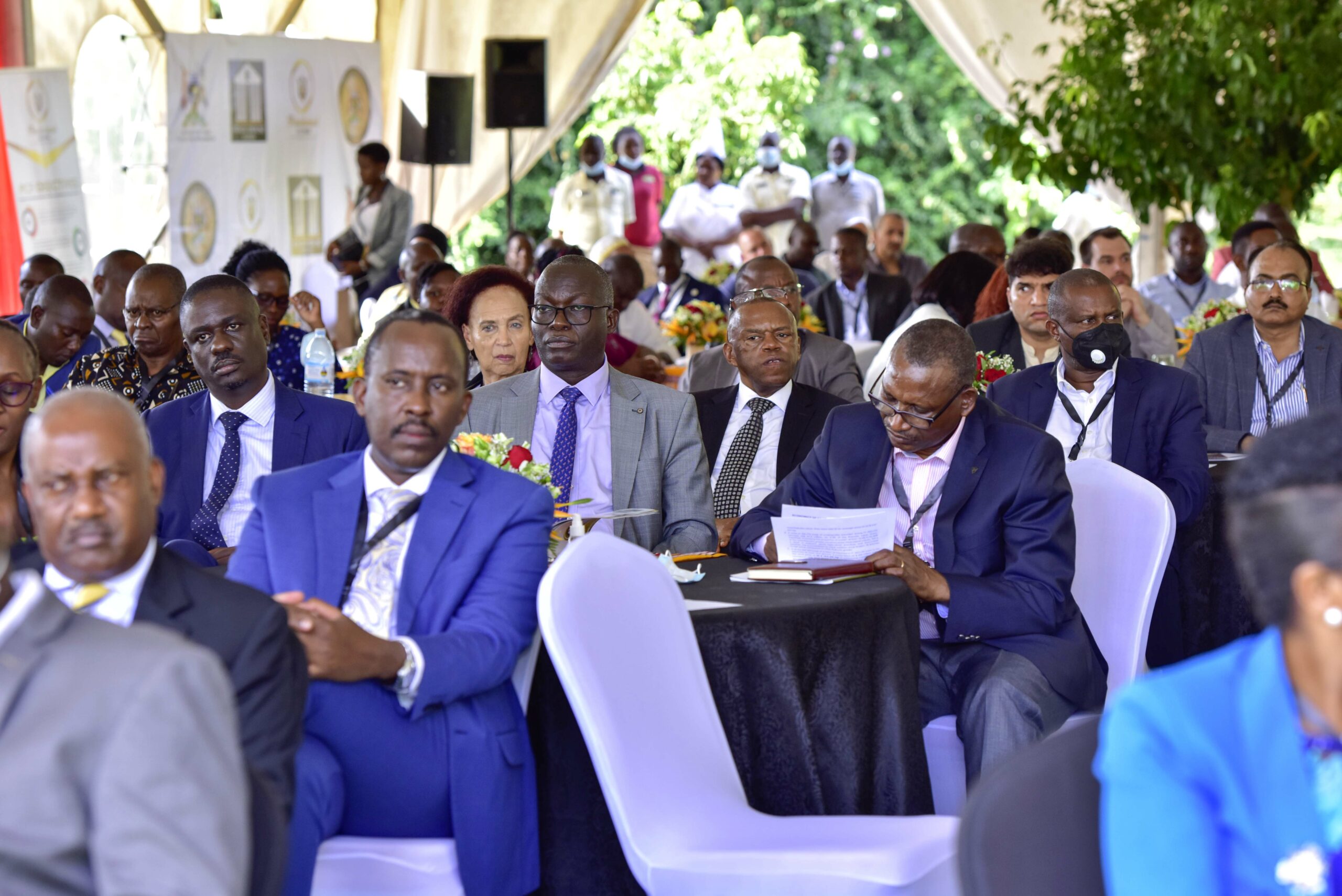 Gen. Museveni however revealed that roads are not the best means of transport when it comes to moving cargo.

“What would be better is the railway and I want to inform you that we are working on the old railway from Kampala to Malaba, Mbale, Lira all the way to Pakwach. The railway is cheaper. We are also looking at the water transport. We have free highway of water. So, somebody can move cargo on water. Use water from Kisumu, across Lake Victoria to a place called Nsungezi in Mbarara. The Ministry of Trade, Industry, and Cooperatives should look into these and advise our business people accordingly,” he said.

“So as a strategy to lower the costs of production and become competitive. We need to focus on these strategic stimuli. Apart from tarmac and Marram roads, I want to emphasize the usage of railway and water transport. Western Uganda has thieves. They stole the Railway lines. There was a railway line from Kampala to Kasese. But those people stole the rails. What we are going to do is to build a new railway from Kampala to Kasese, then from Uganda to South Sudan. We want low cost of transport for our cargo so that we can become competitive.”

Mr. Museveni further noted that the NRM government is working around the clock to lower the electricity tariffs to also enable the business people lower the cost of production.

“Another stimulus is electricity but some people from the Ministry of Energy made a mistake with Bujagali Hydropower station management by allowing the high tariff cost of 13 cents per unit. Now the new power station at Karuma that we are building with the Chinese, the cost of a unit is over 4 cents. We are bringing down the costs. The target is to have cheap electricity.”

The President also promised the CEOs that he will ensure that they will be able to get working loans from Uganda Development Bank (UDB) at a low interest rate (from 12 to 10 percent) and longer time payback time.

On the issue of regional trade, Mr. Museveni said; “Cross border trade is improving. I see the new government of Kenya, DRC,  South Sudan,  Burundi has no problem,  Rwanda’s border was recently opened, with Tanzania we still have some issues but for others they are now open to trade with us. There’s also a huge market for milk in Algeria. We need to deal with these seasonal outbreaks of ‘kalusu’ because it’s the only factor that can block us from importing our milk to Algeria.”

Regarding the risks on the production side as far as agriculture is concerned, President Museveni said the biggest challenge the country has currently is weather. He however, said this can be solved if stakeholders adopt irrigation.

At the retreat, the President also launched the PCF Annual Report. He also assured the PCF members that starting next year, he will be using four days off his annual schedule to meet the private sector members in all the regions of Uganda to discuss business.

The Minister of Trade, Industry and Cooperatives, Hon. Francis Mwebesa lauded President Museveni for ensuring economic development in Uganda through creating a conducive environment that has enabled investments in the country.

He also tipped the Private Sector CEOs to use the current good market in countries like United Arab Emirates, UK, China and the European Union to expand their businesses back home. 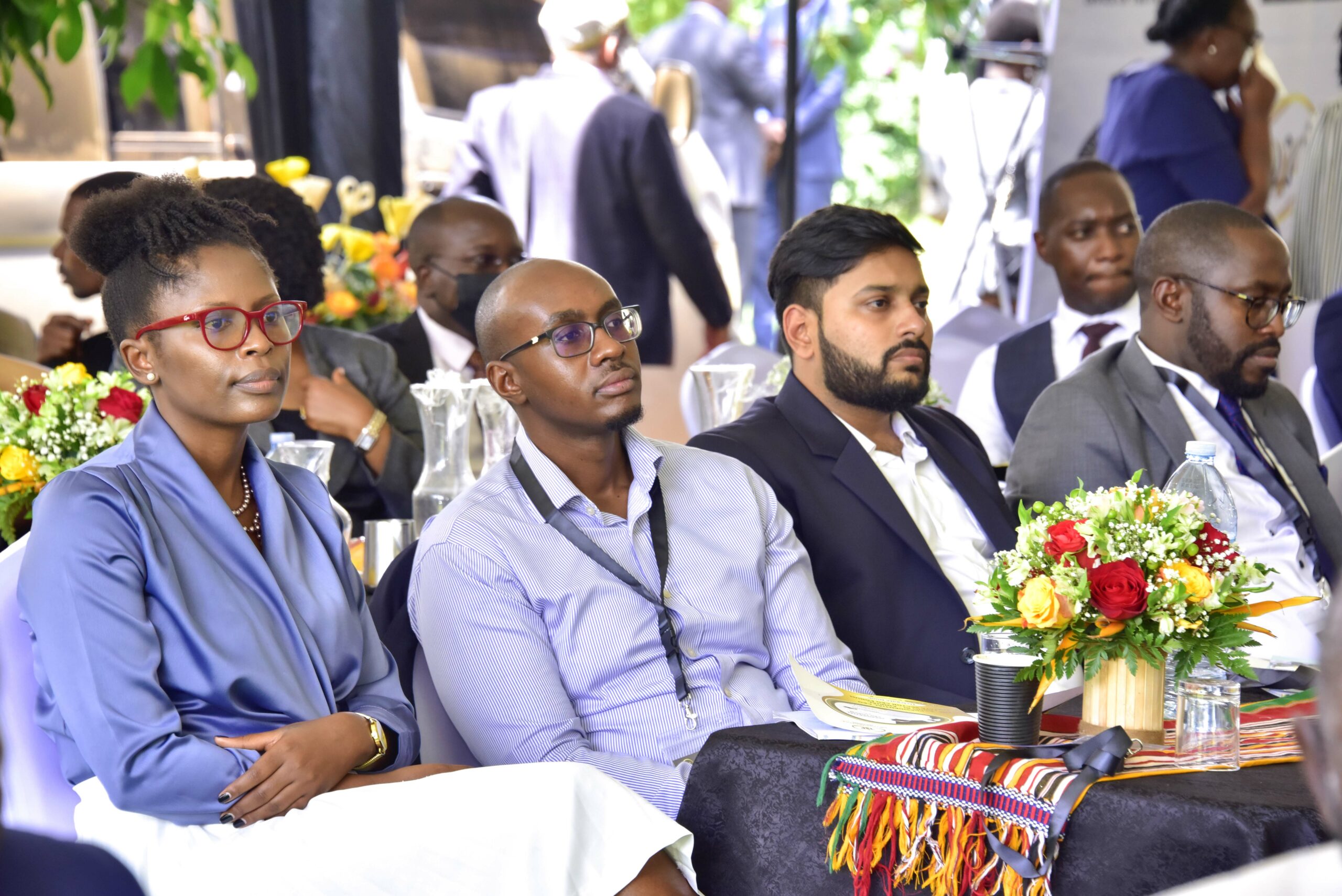 The Minister also disclosed that they are in the process of reestablishing the Chamber of Commerce and Industry, a government body that will be responsible for managing the affairs of the private sector.

On his part, the Permanent Secretary and Secretary to the Treasury at the Ministry of Finance, Planning and Economic Development PSST, Mr. Ramathan Ggoobi, explained that as a ministry they have prioritized the capitalization of UDB in-order to increase access to capital through the government owned financial entity.

“We have also been looking forward to increase the capital share base of Uganda Development Corporation from Shs500 billion to Shs4 Trillion,” he said.

The PSST also told the President that local investors are decrying the corruption tendencies in government procurement processes.

“They say these contracts are rewarded in restaurants to people who offer bribes. What we are doing now is automating the procurement system. By 2025 we want the entire government to procure online.

“We want the procurement system to work in a transparent manner,” Mr. Ggoobi urged.

The Vice Chairperson of PCF, Mr Emmanuel Katongole said they were very grateful to President Museveni for launching the forum (in 2021) that has enabled them to discuss a number of challenges and have been solved through the platform.

“We are very happy to be part of the growing economy that you have created. We are your creation. The business that we do are here because of the environment your created. We can only say thank you. Wherever you want us to go we shall be with you,” Mr. Katongole told the President.

He also assured Gen. Museveni as the private sector, they are much willing to work with Mrs. Enrica Pinetti to promote the value addition of Uganda’s coffee.

“We request you that Madam Pinetti works with the private sector to process the coffee for the better good,” he said.

“Your Excellency, this very retreat concentrated on two areas which included E-mobility and how we can interface and support the PDM,  Your Excellency we want this to succeed,  we want to participate in every step of it,” he added.

“Presidential CEO Forum is meant to assist in coordination and the shaping of a growing portfolio of private sector led empowerment programs that are currently on going or yet to be established in due course, including family business initiatives, cooperatives, wealth creation programs and entrepreneurship trainings. It is the voice of the private sector on social and economic conversion and promoters on behalf of government in policy direction. The Forum provides a manifesto for CEO’s to cooperate directly with government in promoting sound strategies for industrialization, leadership and governance hence enhancing competitiveness through policy encouragement,” Mrs Birungi said.

Mr. Musasizi also articulated six key areas, they think as stakeholders could catalyze the development of E-mobility in Uganda.

“Given our conversations with have had with the operators, they need financial support from UDB to allow them procure the electric vehicles and motorcycles. For E-Mobility to take off, the Ministry of Energy should put in place a public charging points and the Ministry of Works should put in place a skilling centre for electric vehicle drivers,” he said.

The retreat was also attended by Ministers, private sector members among other officials.