by Mourice Muhoozi
in Health, News
1 0 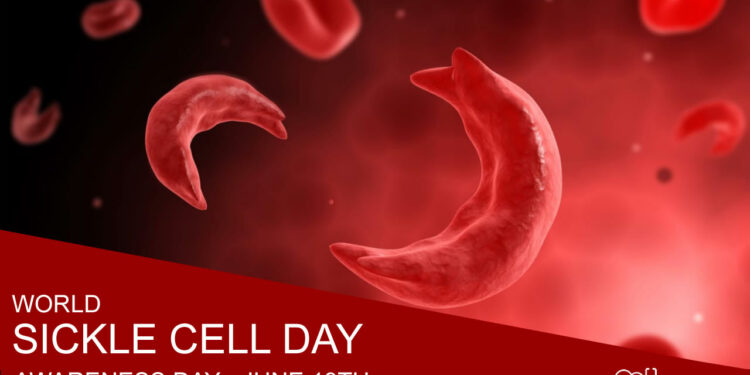 Uganda has today joined the rest of the world to mark the World Sickle Cell Day, amid desperate appeals to nationals by the Ministry of Health (MoH), to test for the deadly disease.

In addition, government has also been urged by concerned stakeholders, to speed up deliveries of the necessary drugs, vital for the diagnosis and assuage of pain for sickle cell patients.

It should be noted that his Royal Highness, the Kabaka of Buganda Ssabassaja Ronald Mwenda Mutebi II, has for a considerable period of time been at the forefront of fighting sickle cells and through his messages, males and females have been urged to engage in health check-ups for the disease, before embarking on marriage ventures.
He has also made relentless efforts to moblize funds through his birthday runs/marathons in the past three years, and these monies have been set aside to stimulate efforts to fight the deadly disease, by supporting the screening and mass sensitization.

Uganda Sickle Cell Rescue Foundation (USCRF) one of the leading NGOs that have in the past spearheaded campaigns to senstize people about preventive measures against the deadly disease in Uganda, projects that about 24,000 nationals contract the deadly disease every year, with 50% of children below five years dying of sickle cells.

Isaac Okello, one of the care takers of children who are positive of sickle cells at Hope Rising International, says Kabaka’s appealing voice has been instrumental in fighting battles against the disease.

“It is incumbent upon us to assume these services, and also the responsibility of the media, that is to say; radios, newspapers and televisions play a great role in the betterment of our lives, through supplying us with information pertaining to health education,” Okello remarked.

“After receiving information from the media that certain groups of people are receiving health support and senstization pertaining cure and preventive measures against sickle cells, they will participate in such initiatives, an indicator that media plays a big role in transmitting such vital health messages to the populace,” added Okello.

According to recent data from the Ministry of Health, the annual transmission rate of this terrible disease is estimated at 13%, and one in every seven people has the disease.

On a sad note, it is also estimated that about 15,000 to 20,000 babies are born positive of sickle cell disease annually in Uganda.

The Executive Director for Sickle Cell Rescue Foundation Daniel Roy O’dur says funding for research on the terrible disease is still inadequate, and that government should invest heavily in these endeavours to discover new ways of preventing and curing sickle cells.

While addressing journalists yesterday ahead of today’s celebrations to commemorate World Sickle Cell Day, Mr O’dur observed that currently in Uganda, there is no sickle cell referral centre, in addition to the absence of special doctors to tackle disease related cases.

Dr. Richard Iwa Idro, a Ugandan paediatric neurologist, and also former president of Uganda Medical Workers Association, urged couples to drop the idea of getting into marriage, after testing positive for the disease, and also warned victims to seek timely medical attention.

“Parts of the body that are plied by the blood vessels are sturved of oxygen and food, and instead accumulate waste products that are not removed, leading to current painful epizotes and damage to important body organs. In the first 3 to 6 months of life, all babies always have the haemoglobin of the feotus,” he added.

It has been reported that Africa has the highest burden of Sickle Cells, with Nigeria ranking the highest with a report of 150,000 babies born with Sickle Cell Disease annually.

The World Sickle Cells Day is marked every year on June 19th. The only way to cure this disease is either stem cell or a borne marrow transplant. Besides, the disease can also be dealt with using antibiotics, periodic blood transfusion, painkillers and vaccinations.