MPs asked to guard against Corruption

Hon. Kasule Lumumba before she made her presentation to the MPs

Members of Parliament have been asked to guard against corruption tendencies and ensure that Parliament continues to be held in high regard.

The statements were made by Hon. Justine Kasule Lumumba, Minister in the Office of the Prime Minister in charge of General Duties on Wednesday, 15 June 2022 during the induction of members of the 11th Parliament at Imperial Royale Hotel.

Lumumba who was presenting a paper on the whipping system in Parliament tasked the whips in Parliament from both the Government and the Opposition to take charge of MPs and the affairs of Parliament.
She said that some members have been reportedly asking for money before they sign committee reports. She said that this is casting Parliament in bad light.

“Corruption is eating up some Members of Parliament. Some of them are preoccupied with looking for accounting officers to give them something. You are doing committee work and instead of signing the report, you turn around and you want to be paid,” she said.

Lumumba asked the MPs to keep their bar high and that they should not cheapen themselves before accounting officers in the different departments and agencies.

Lumumba said that she recently was involved in following up on reports of committees to quicken the process and she was shocked to find out what happens there.

When it comes to committee work, Lumumba also asked the committee chairpersons to use the stick and carrot method to run their affairs. She said that members of committees who are not always attending meetings should not be considered for trips even though they lobby.
“The MPs that attend committees regularly are the ones that should be given trips and assignments by the chairperson,” she said.

Kasule also asked Members of Parliament to speak in the House saying that is one of the ways their performances are assessed since Parliament is for speaking. She asked MPs to work for Ugandans despite their political party differences.

Meanwhile, the Minister for Local Government, Hon. Raphael Magyezi asked Members of Parliament to attend their district council meetings as it is from those meetings that they fully understand the challenges of the districts and forward them to Parliament.

Magyezi was presenting a paper at the same event on the relationship between Parliament and the local Government.

Magyezi also called on MPs to join the roads committees since roads are at the core of service delivery and touches everyone.
“Make sure you get to get to know the work plans of the different roads. You are entitled to information on the releases of funds for your constituency; at this time you should have received indicative planning figures for all districts,” Magyezi said.

Presenting a paper on Parliament and other Inter-Parliamentary bodies, Ambassador Onyango Kakoba, the Secretary General of the Forum of Parliaments of the International Conference on Great Lakes Region asked Members of Parliament to research key issues and make use of the Parliament research team. 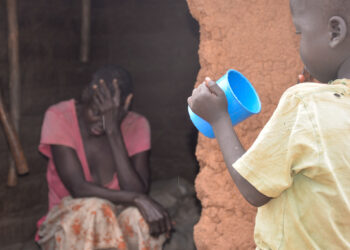 DENIS JJUUKO: River Kafu cassava could be a popular foodstuff across the country