by Everest Mukiibi
in News, Politics
4 0 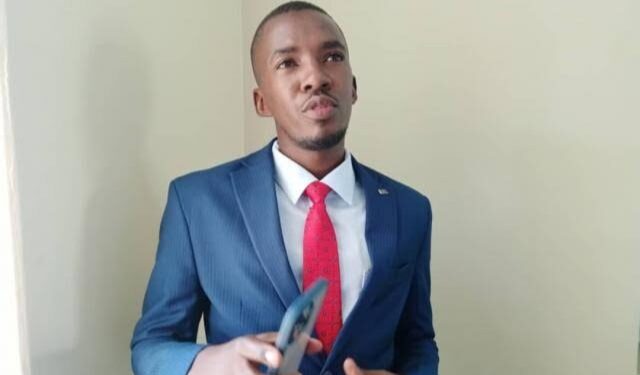 The Court of Appeal has dismissed an election appeal filed by Edgar Lubadde challenging the victory of Paul Nsubuga as the Member of Parliament representing Busiro North Constituency for failing to serve the record of appeal within the stipulated time of 30 days.

In a judgment delivered on Tuesday by the Court of Appeal Justices comprised of the Deputy Chief Justice Richard Buteera, Hellen Obura, and Catherine Bamugemeire, Lubadde will also pay the costs of the appeal to Nsubuga and the Electoral Commission.

Lubadde a Democratic Party-DP Candidate in the Busiro North Parliamentary race got 199 votes. He challenged the election of Nsubuga of National Unity Platform-NUP who obtained 21,401 votes on grounds that he lacked the requisite academic qualifications to contest as a Member of Parliament as required by law, at the time of his nomination.

The law requires one to have completed a minimum of an Advanced level of Education or its equivalent.

However, Lubadde had argued that in the absence of the qualification, Nsubuga presented to the Electoral Commission academic documents that did not belong to him, but to another person.

He told the High Court that although he contested as Nsubuga, his real name is Peter Mukalazi, and his traceable academic journey ended at Primary Leaving Examinations-PLE.

The Court heard that thereafter, Mukalazi fraudulently usurped a UPDF scholarship solely meant for the sons and daughters of army personnel, and to achieve this, he reportedly had to change his name from Mukalazi Peter to Paul Nsubuga, and the name of his father Mathias Kibuuka who was never a UPDF soldier to Charles Mbabaali.

But Lady Justice Winfred Nabisinde in September dismissed the petition on grounds that Lubadde had not provided sufficient evidence to back up his claims and that there was no restriction imposed on parents on how they can name their children.

Lubadde appealed arguing that Nabisinde had failed to evaluate properly the evidence brought before her and she ended up upholding Nsubuga’s victory erroneously, which resulted in a miscarriage of justice.

The Electoral Commission’s lawyers led by Hamidu Lugoloobi and Nsubuga’s Chrysostom Katumba asked Court to dismiss the case on the basis that whereas Lubadde had argued that he had delayed effecting service due to the sickness of a court clerk, anybody else could have effected service of the documents.

They added that Lubadde’s lawyers requested the record of Proceedings on September 30th, 2021, and only did a follow-up on November 5th, 2021 which was a period of 36 days after the record was filed in Court. They said that they were not vigilant in pursuing the appeal since this was more than the 30 days statutory period within which to serve the record of appeal.

In their Judgement on Tuesday, the Court of Appeal Justices agreed with the Electoral Commission saying that the service of court documents is not a monopoly of one person.

“If indeed the applicant and his counsel were mindful of the strict timelines in election matters, they would have been vigilant in ensuring that service was done in time since the filing of record of appeal was also out of time. We further observe that there was no even medical form attached to the applicant’s affidavit as proof of the alleged sickness of the clerk”, said the Justices.

Nsubuga said that he will consult the electorate on whether or not to exempt Lubadde from paying the costs.

Lubadde declined to speak to the media.