by Everest Mukiibi
in Education, News
2 1 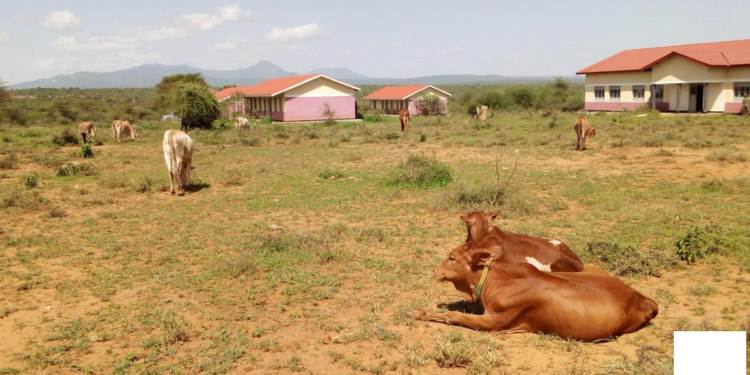 The government constructed the Shillings 2.1 billion school, between 2017 and 2019. Katikekile seed secondary school is found about 15 kilometers away from Tapac sub county headquarters and about five kilometers off the main road.

Cattle, goats, and sheep have taken over the classrooms while pastoralists use the compound for grazing. George William Wopuwa, the Moroto Resident District Commissioner, says that it is disgusting to find a government school with neither students nor teachers and all the structures covered by bushes.

Wopuwa says that it is disheartening that the facility was dumped in the bush and no efforts have been by the district officials to open the school since the completion of the project.

Samuel Justin Tuko, a resident of Tapac sub county, blamed the district authorities for constructing the school in an isolated area. Tuko says the school is now used by pastoralists for the safe custody of their livestock.

Charles Kumakech Oluba, the Moroto Chief Administrative Officer, says that although the construction of the seed school was completed, the ministry of education is yet to send money to operationalize it. He says besides lack of furnishing, the school also lacks teacher’s quarters yet the area lacks rental premises they could use.

Oluba told the press that the recruitment of the teachers by the Education Service Commission is still on hold, adding that they have not recieved to their reports on the matter to the Ministry of Education. ‘’Recently, the ministry posted the acting head teacher for the school, but I’m wondering how can the headmaster run the school without teachers and students?” he asked. He noted that new seed schools are already functional but the one for Tapac is lying idle for four years.

Markson Akol Ojao, the Moroto Assistant Education Officer confirmed that the contractor who was assigned by the ministry of education disappeared from the site without handing over the school to the district. He said since 2019 when it was completed, they are still waiting for the handover.

‘’The school is already vandalized, it has development cracks, laboratory equipment is stolen so we cannot receive the facility in that poor state,’’ Akol said.

The school is part of those constructed by the ministry of education and sports in line with the government’s efforts to ensure that all sub-counties across the country have a seed school.